What a to doo!

"Doon The Watter!" or Down The Clyde

After a musical night at the SSE Hydro in Glasgow; I went for a catch up in Glasgow with family then it was the next journey:-
"Doon The Watter!"
I then went to Buchanan Bus Station to make the journey by Coach and Ferry to Dunoon.
The sky was dark and gloomy, there was a slight brightness on the horizon.
You could never tell if it would...... or wouldn't rain, "Will the sun appear today?" I asked myself.
Suddenly a cocophany of grey blustering clouds started singing in decibels as each cloud chattered as they banged and clamoured into each other as they clangored together.
Then a rainbow appeared as the sun was trying to break through these blustering clouds.
Brightness appeared........
Over The Rainbow. 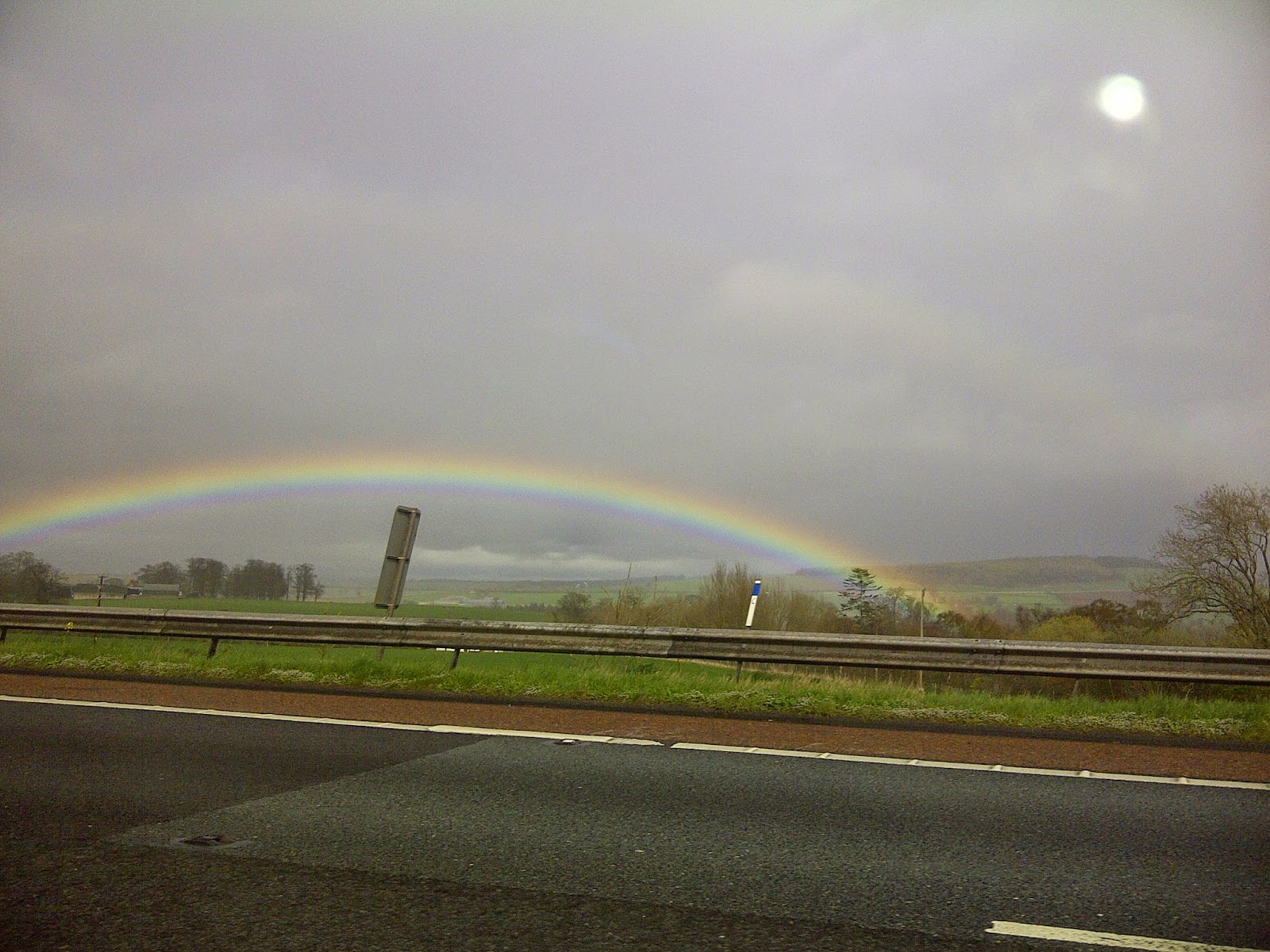 I travelled over The Clyde to Dunoon to meet up with mum and Monty.

Why do you always feel that your home when mum has made dinner for you!
It must take you back in time to your youth.
Home is where the heart is.

I had a warm comfy feeling with a full warm belly and a nice cup of tea as we chatted about the past.
Mum had a call from her sister, Aunty Cathy from the U.S. of A.
We all laughed as the chat was through a speaker phone call.
It felt like the stories that arrived were on a great rollercoaster; high's and lows of laughter as we wiped the laughter tears from our eyes so we could pick up our tea; an amazing feeling.

We sat and chatted for hours and hours as our battery of life was on "Turbo Activated"
No stopping us now, we were re-generated with life and vigour as we activated the physical and mental strength with forcefulness to be back again.

The next day;
After a superb nights rest, mum and I went out to do some more promoting for Chesterfield College's Neurocare Charity Event.
The college and the charity were talked about by the lovely;


It was a pleasure; to show others what Chesterfield College Official was organising for Neurocare Charity


Great accommodation with beautiful grounds and a magnificent view on the waterfront.
I'll pop back another time without a doubt.


It was a great experience to chat with the local community radio presenters, Marco & Gary.
They did boost me up with more energy during our conversation.

Ooh Err Mrs !
Mum was oblivious to all the attention that was coming her way.
That did make me giggle for some time after that.
Then mum and I met Robert at the shorefront cafe for afternoon tea and then we all strolled along to where he works so that I could have another cuppa at the hotel lounge.
Mum and I sat there in silence as we watched and listened to his attention that he paid to the residents in the lounge.
Very proud; I thought as I looked at him.


Lots of talking and laughing and promoting.
Another great day promoting..... of all places..... in Dunoon, Scotland, spreading the word.

ThanX to Robert Murray Love,
Monty Otf Phillips, Wednesday Phillips, Sarah Burns, Michael Burns, Christine Burns for driving me to Scotland and Aunty Catherine Doyle from the U.S.of A for the talk this evening. Mother has some wonderful friends here, we are all together with the effects that hit us from Strokes and Haemorrhages to Tumours and Heart Attacks.


The end results are the same; we are not alone here!


Posted by paulinesblob2.blogspot.co.uk at 5:16 AM No comments: