I arrived at the garden and was pleased to see that there was more visitors turning up to buy the potato varieties. onions, garlic and runner bean seed sales as they had missed the event of Potato Day last Saturday in the Low Pavements.
Orders had been taken and when the customers arrived to collect their order, I gave a tour of the garden to the customers who would like to see what was happening whilst there. 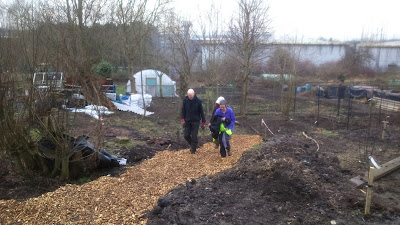 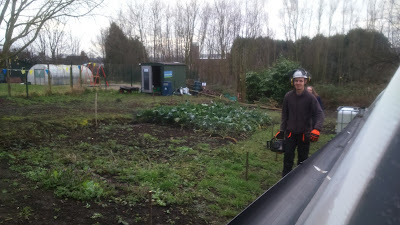 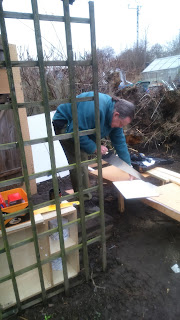 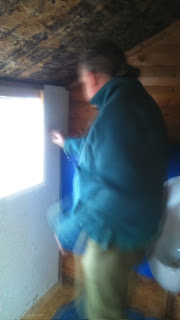 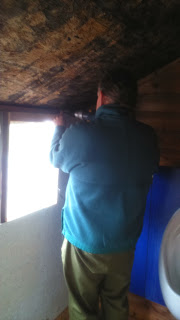 The composting toilet got some more panels over the wall in preparation for painting. 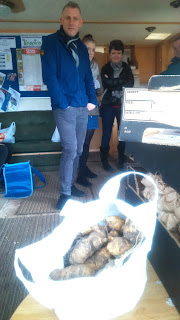 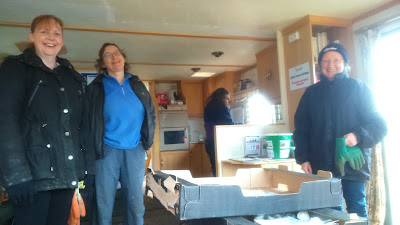 There was a session in planting two types of garlic and four different types of onions that grow in Britain. 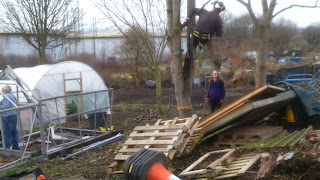 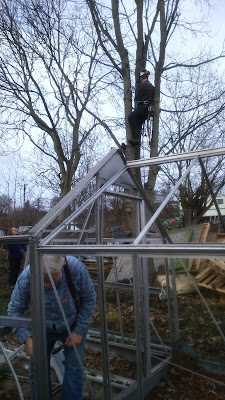 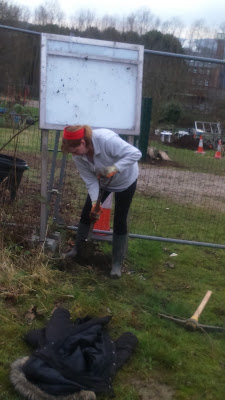 Tree felling was still in operation and an area was prepared to put up the Inspire Community Garden Notice Board.

Customers were still arriving to purchase the vegetable goodies that are on sale. 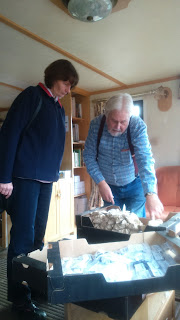 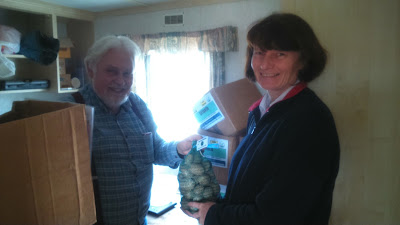 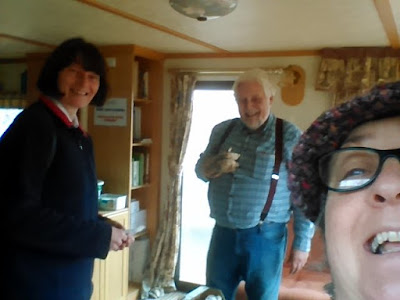 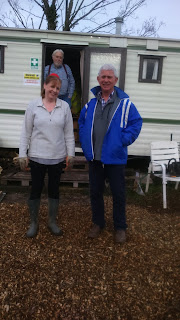 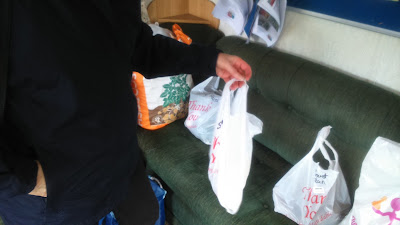 The sales were still continuing and we were given another donation of Artichokes and received the cooking details for artichoke crisps.
I look forward in making the crisps. 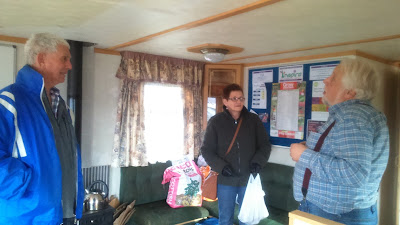 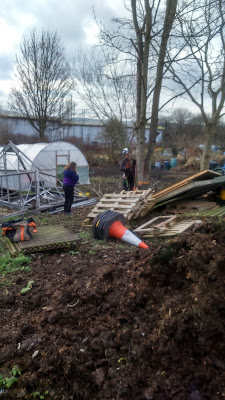 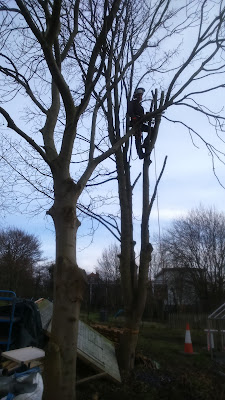 It was interesting to listen to our young visitor explaining that he was standing in a Dinosaur Garden.
The skull of a badger was in view to the visitor and then there was the noises that a dinosaur makes.
What a great imagination that came to life which put a smile on our faces. 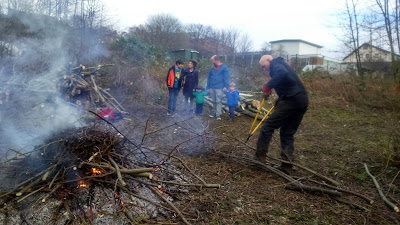 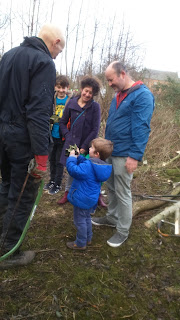 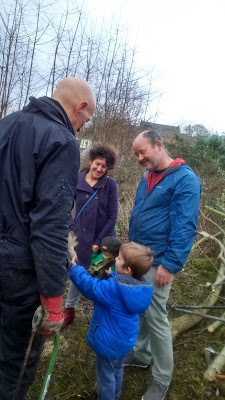 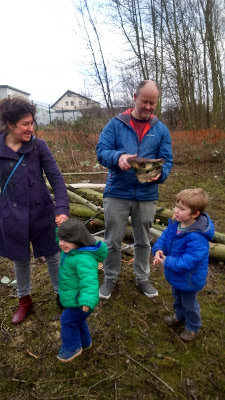 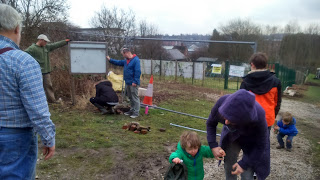 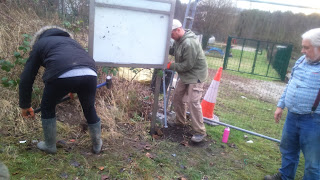 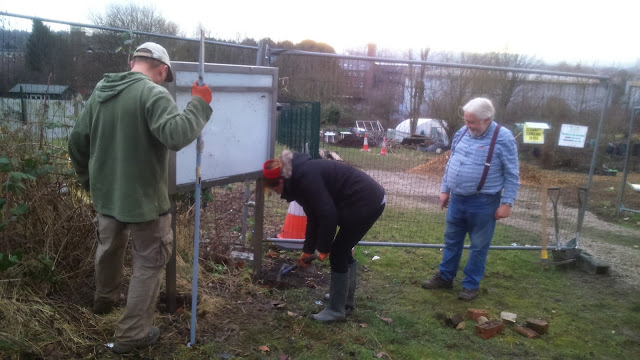 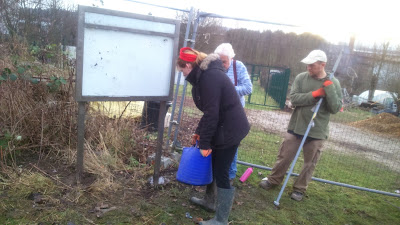 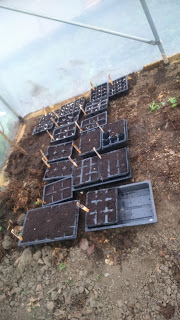 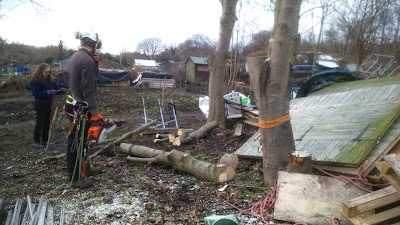 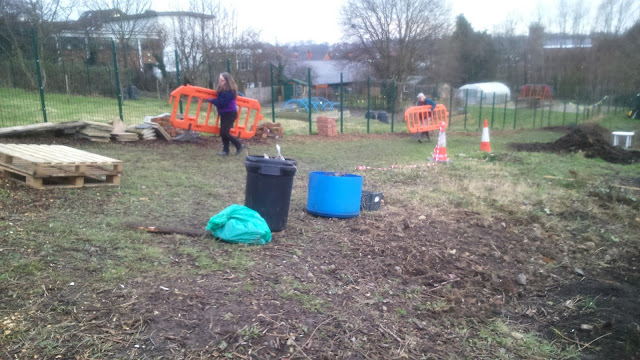 Another end to a lovely day in the garden.