It's been a very busy time of late, I'm over 4 months behind on this Oops!
I'm looking forward to getting back into track again..... normality, if life is ever "normal"
As I'm catching up on my blob; there has been some adventures that I've luckily been a part of.
As I look at these pictures, I think that I've been whisked away on a cloud as I look down and see all that has been happening in my life

Steve Jones from Brain Injury came round for a wee cuppa and chat about life these days.
He brought me a little case that he had been given some time ago from Christine, it had all my early pictures of my life.
This time I accepted the case as some time ago I had refused it?
Confusing Brain Injuries Eh!

I did keep Steve back longer than expected as I veer off the topic; which was veer off; to turn or steer sharply away from a point.
I wonder how many times I've gone through this as I've lost the track that I should have been on.
Repetative Brain Injuries Eh!
These electronic cars that won't start the engine if your late in returning to the car ..... Oops!

I said; "Sorry, that was my fault Steve....... hope you can get back ?"
Calls were made and after a few tries he eventually got mobile again.


"Yeeha! and thumbs up." I said to a relieved Steve;

(I wonder if he was relieved that he was leaving my yabbering!) Humour 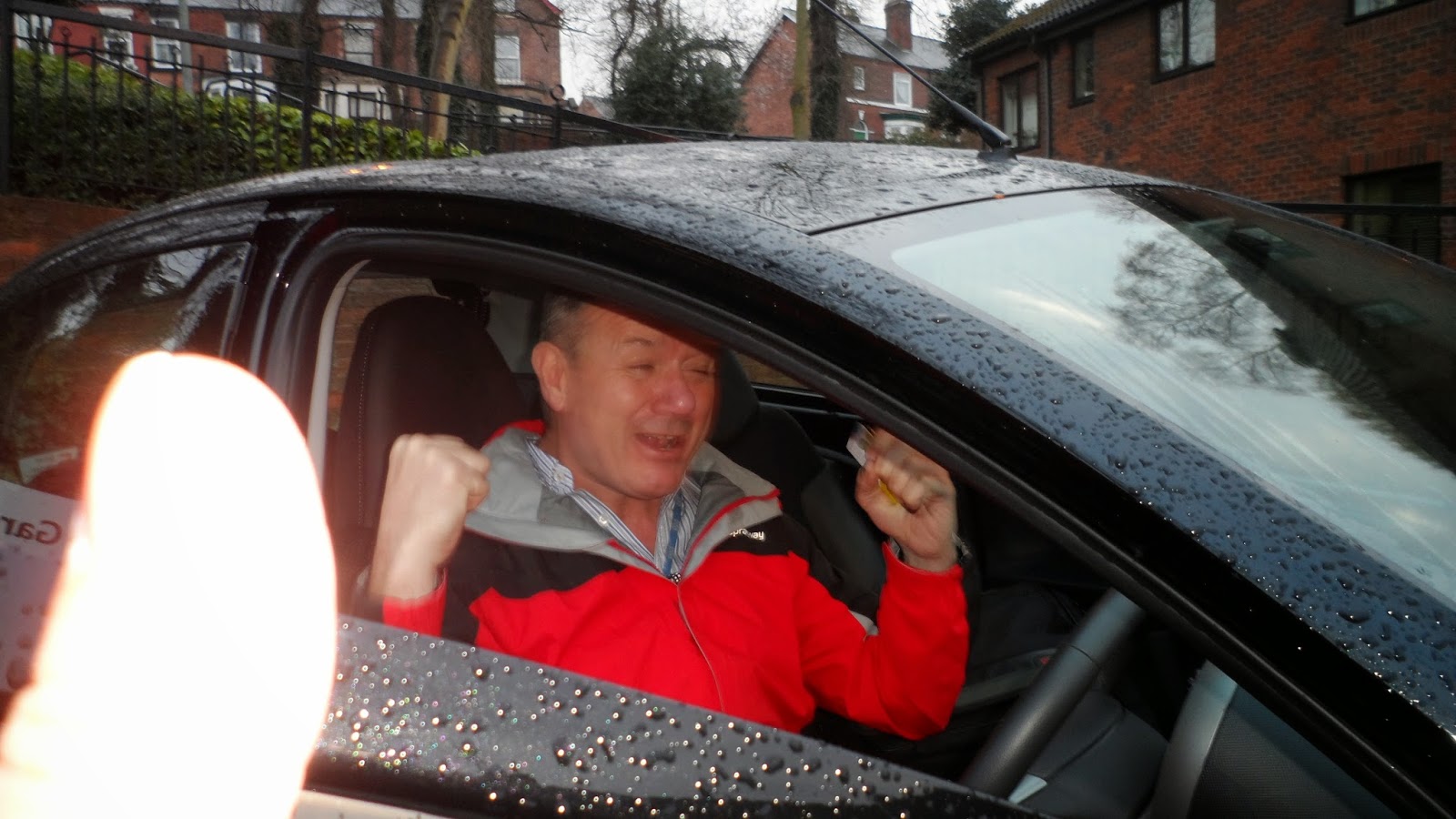 Then.......... the sun came out.
It was the end of March when I met Sea Cadet, Aleisha Preston after our last meeting at The Flag Raising, she was helping with The Mayor of Chesterfield's Charity Appeal.
My sister Christine arrived as she wanted to catch up and see what happens with my life these days. 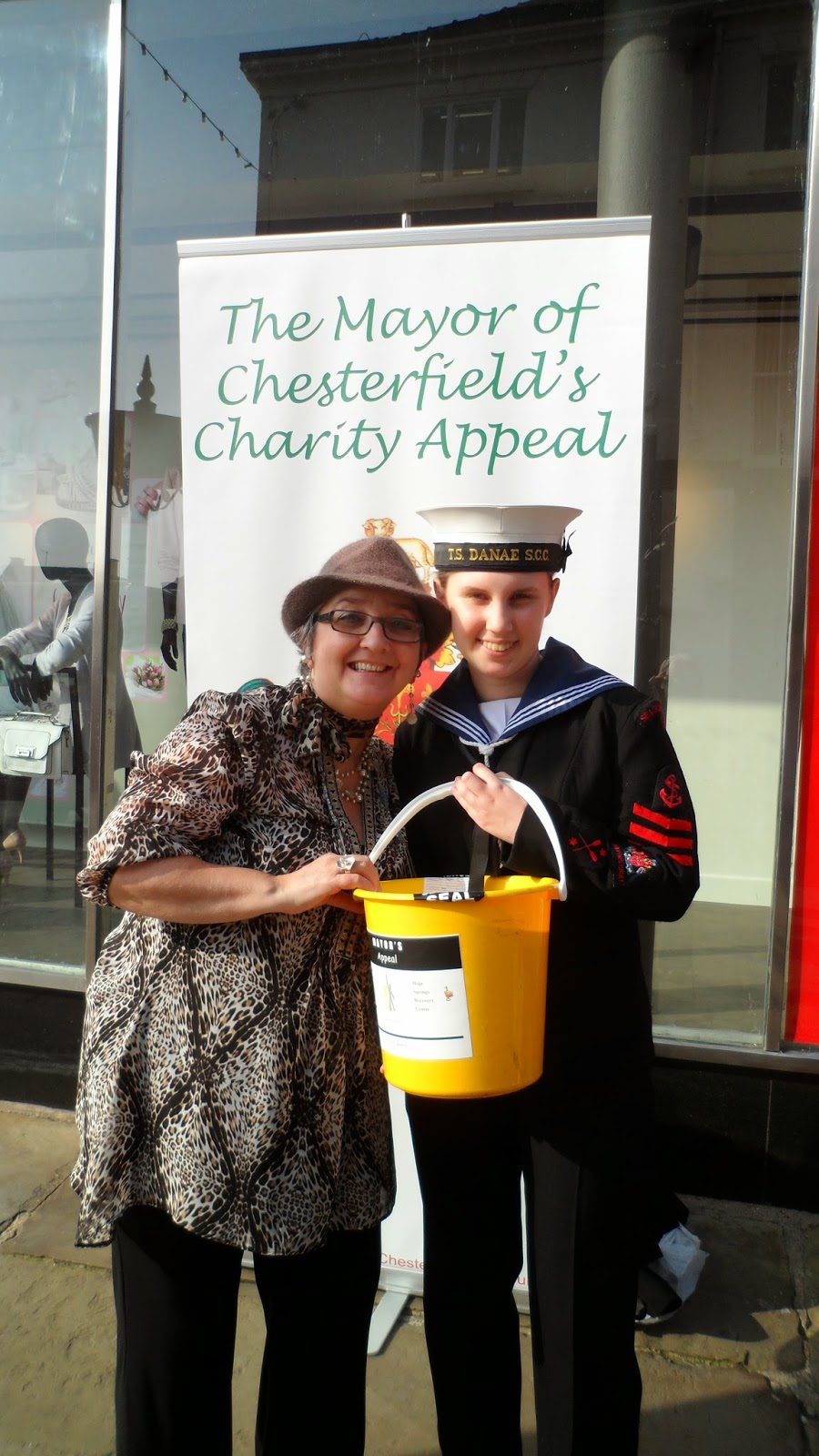 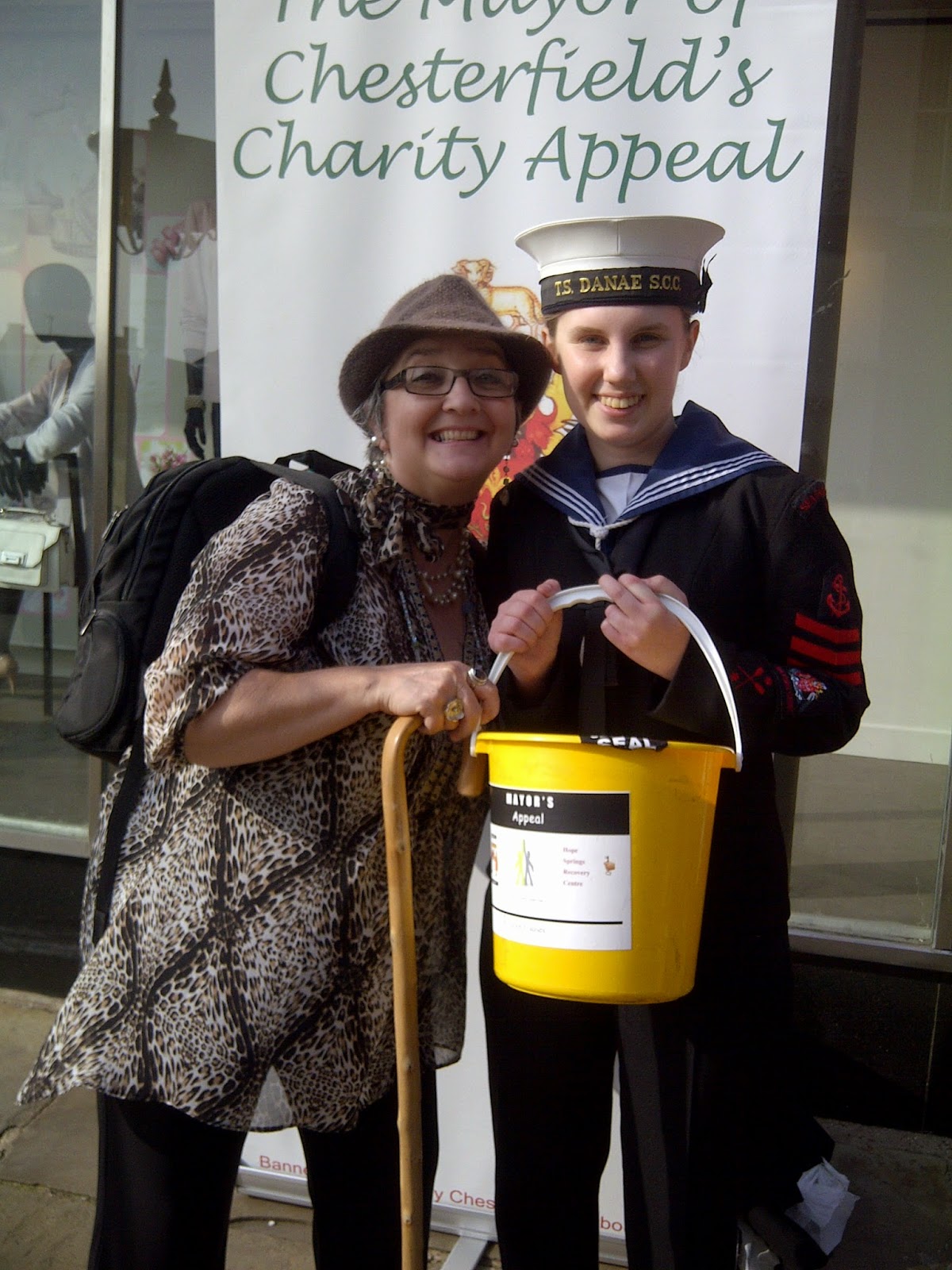 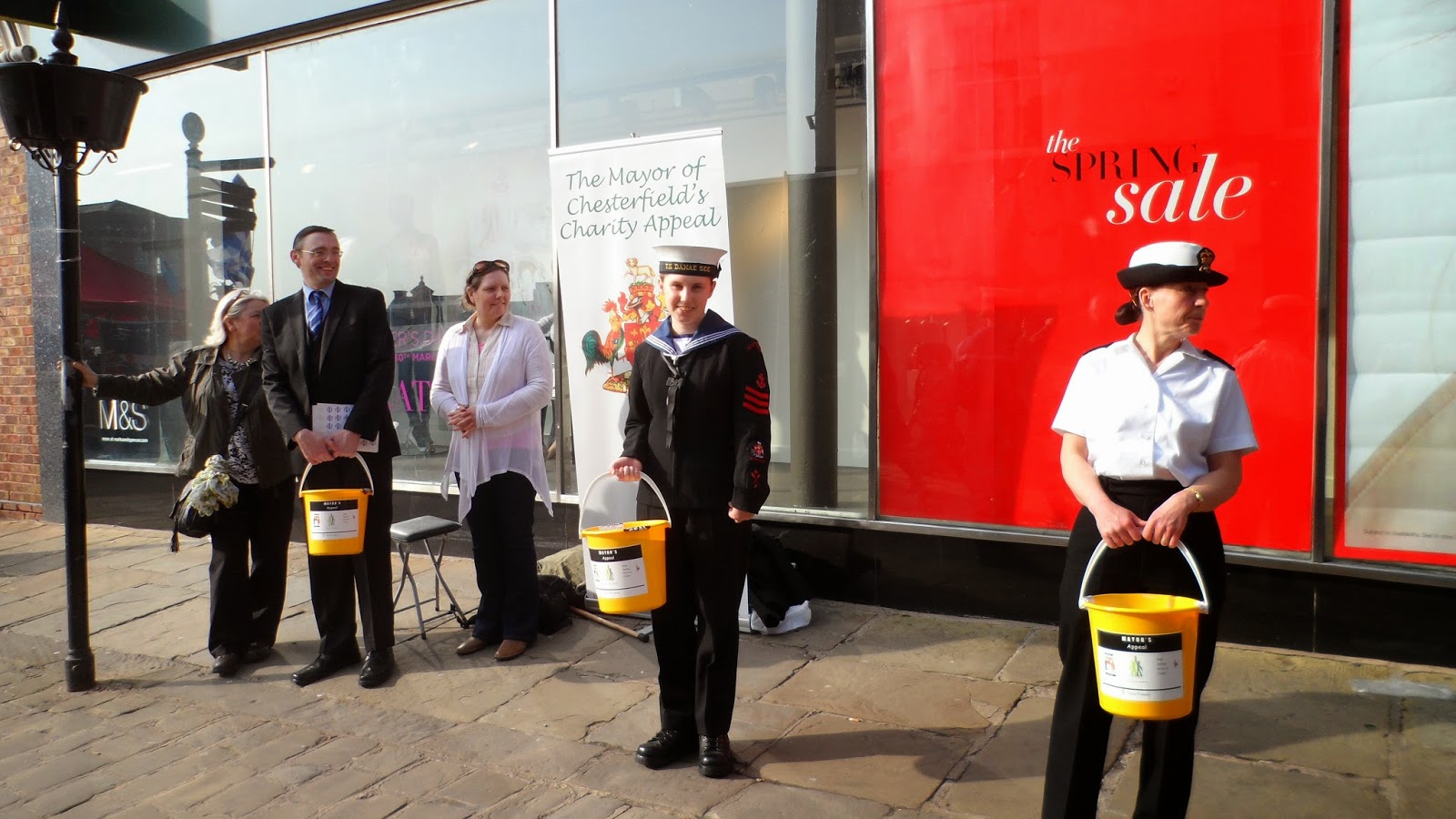 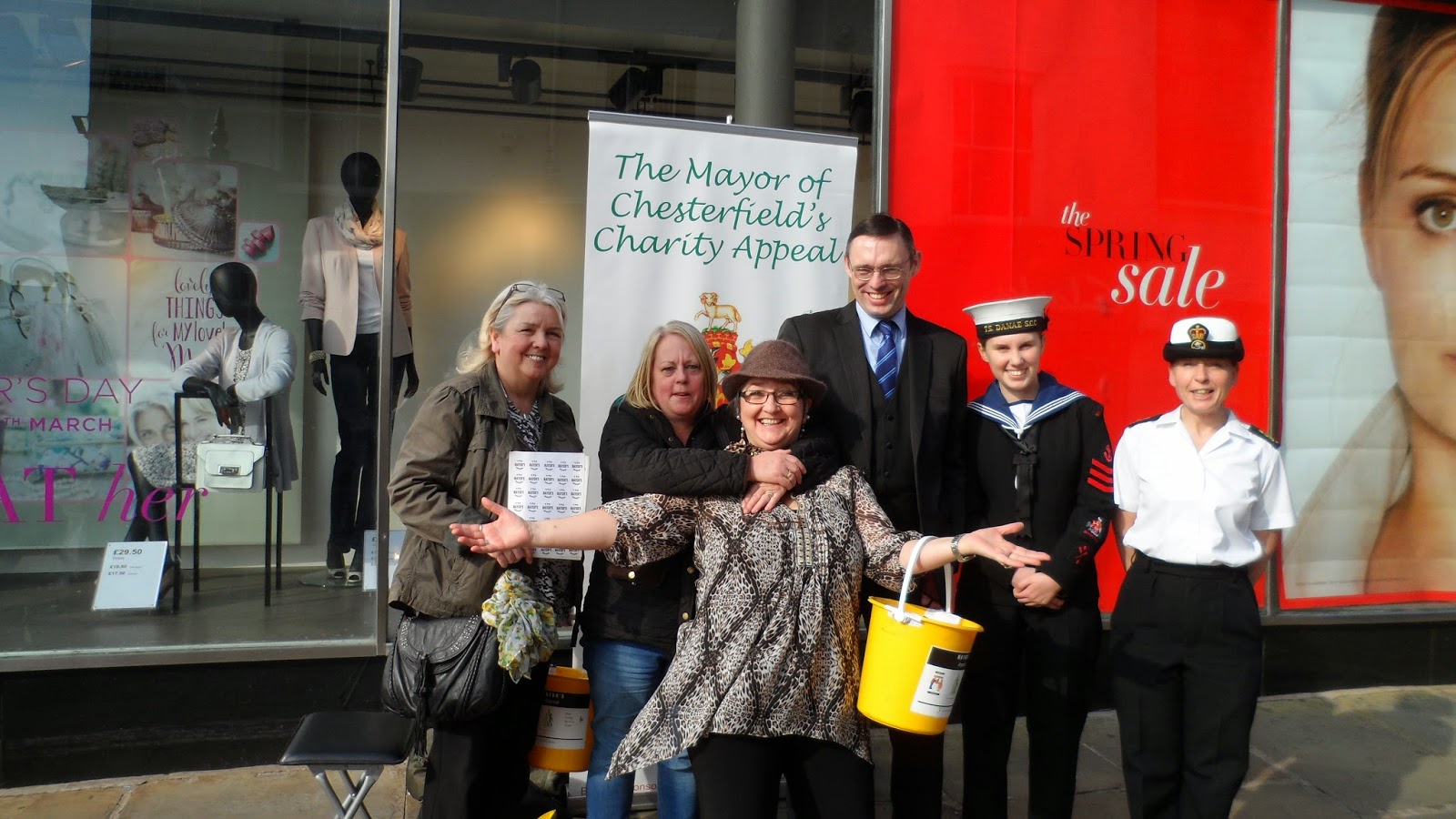 We all smiled as Samantha Boyce joined us on this sunny day in Chesterfield. 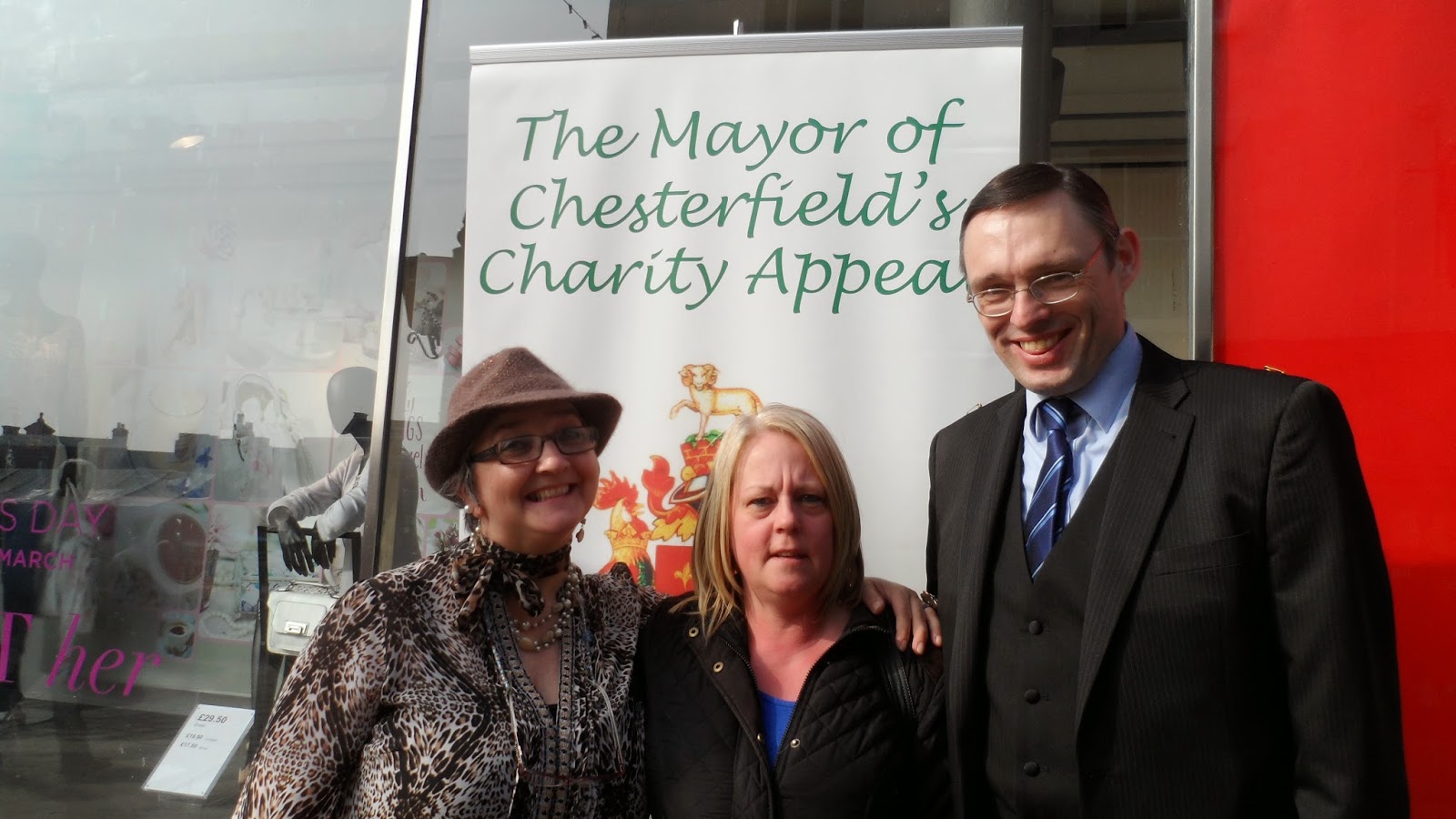 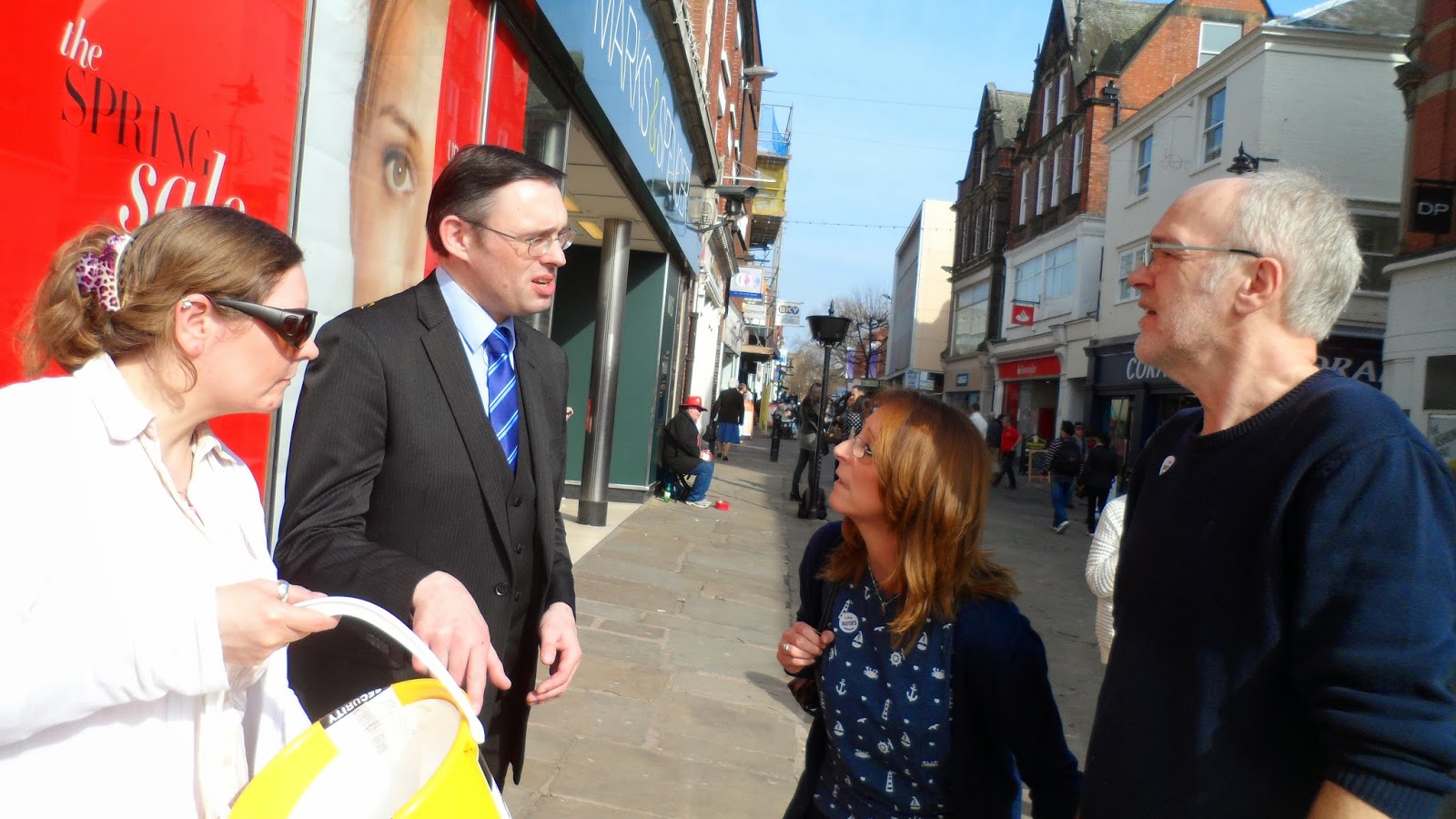 Paul was talking with residents about the Mayor of Chesterfield's Charity Appeal. 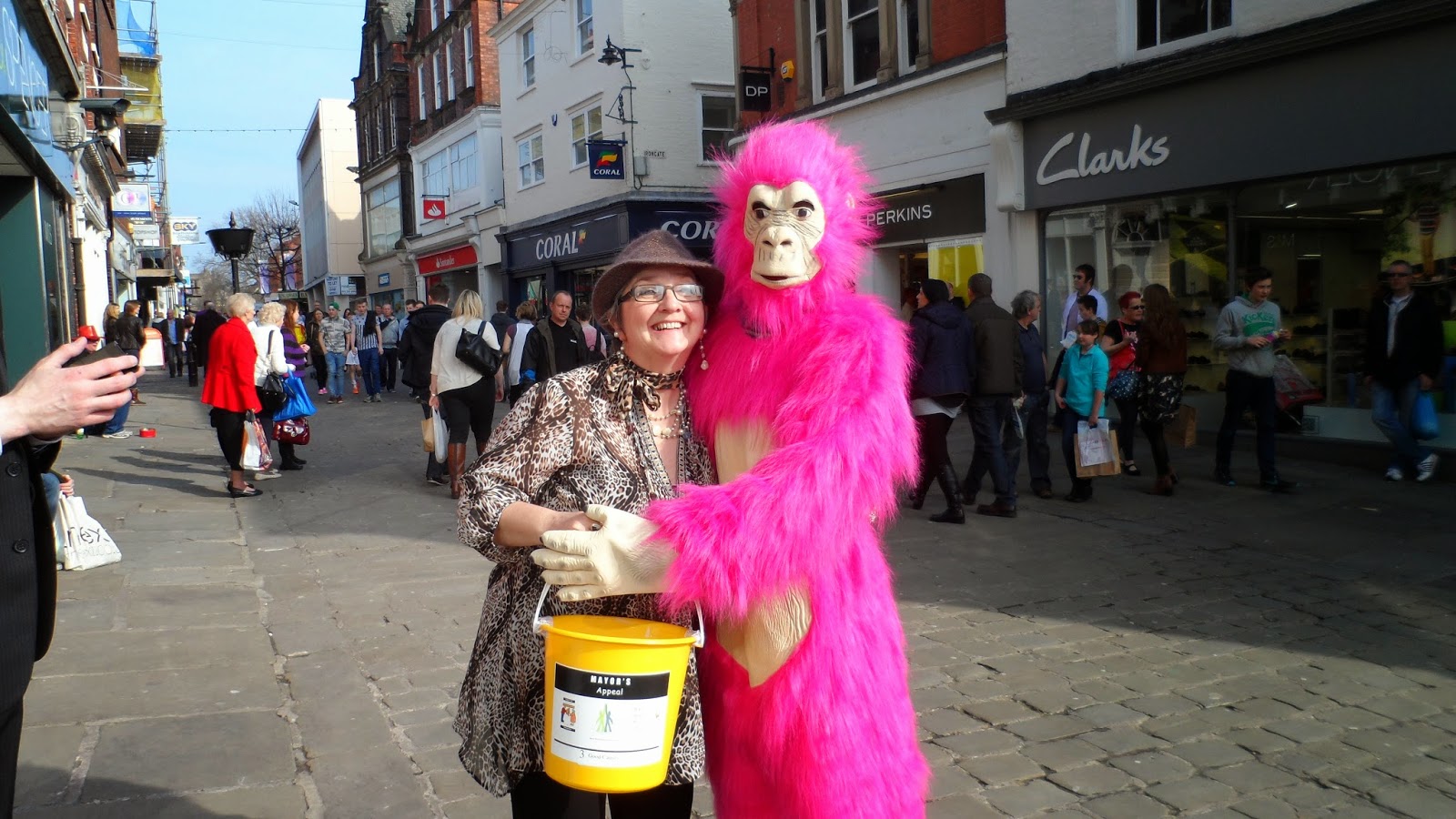 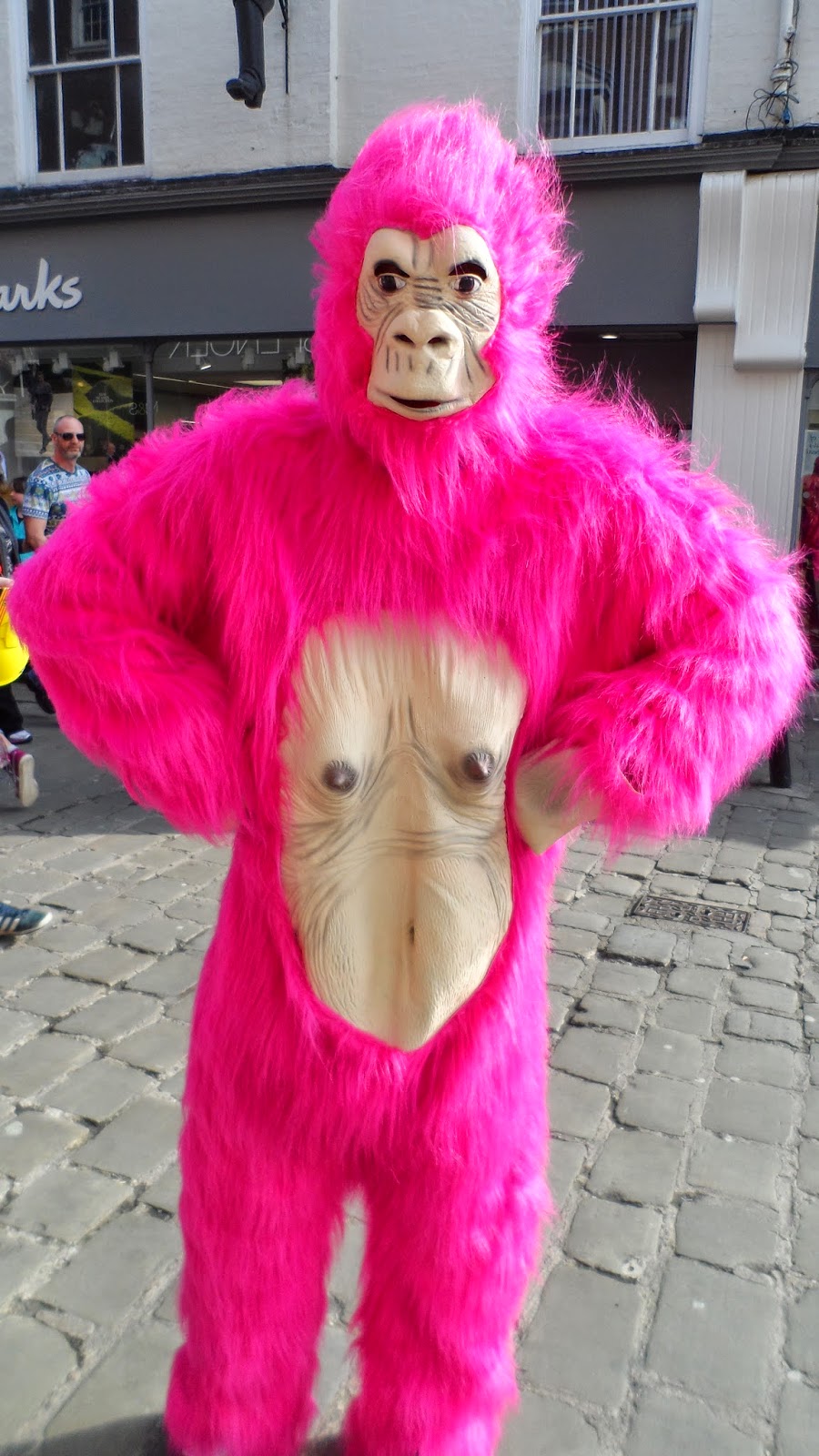 Then we moved from the Outdoor Market to the Indoor Market. 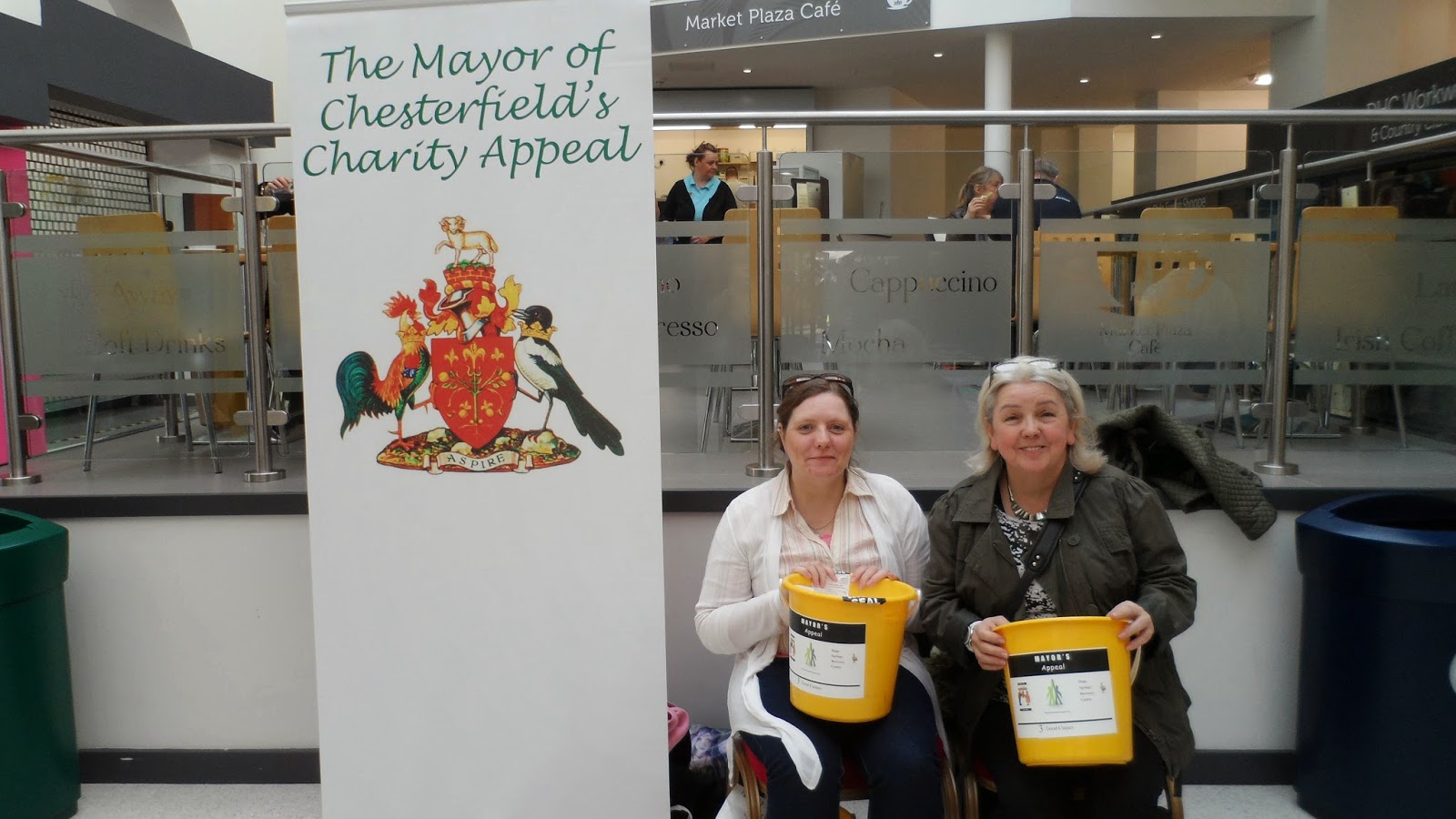 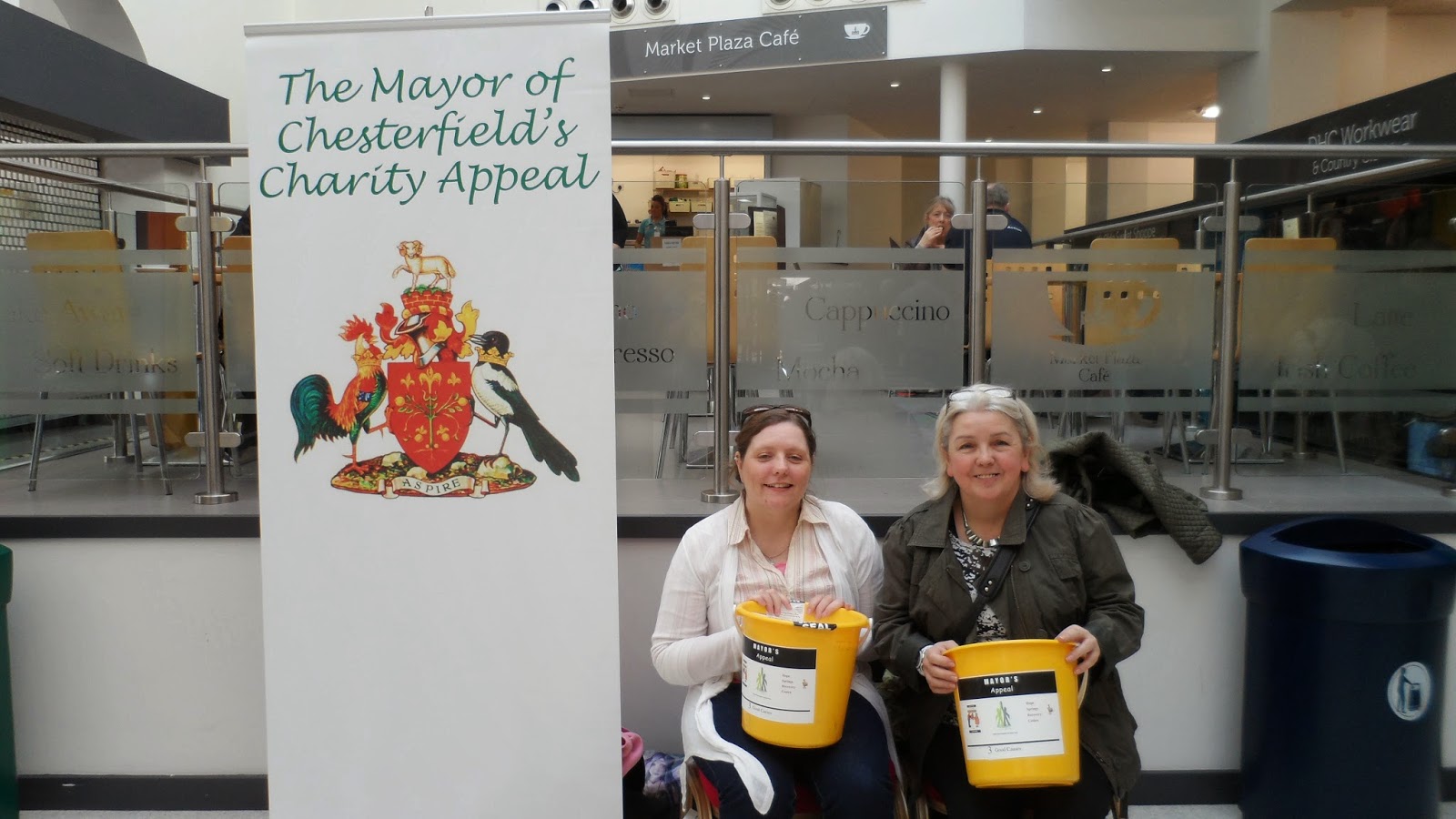 Then we wandered through the indoor market where you get a surprise with all sorts of handcrafts that is a "one of a kind" instead of the manufactured, pre-packed items in the bigger stores. 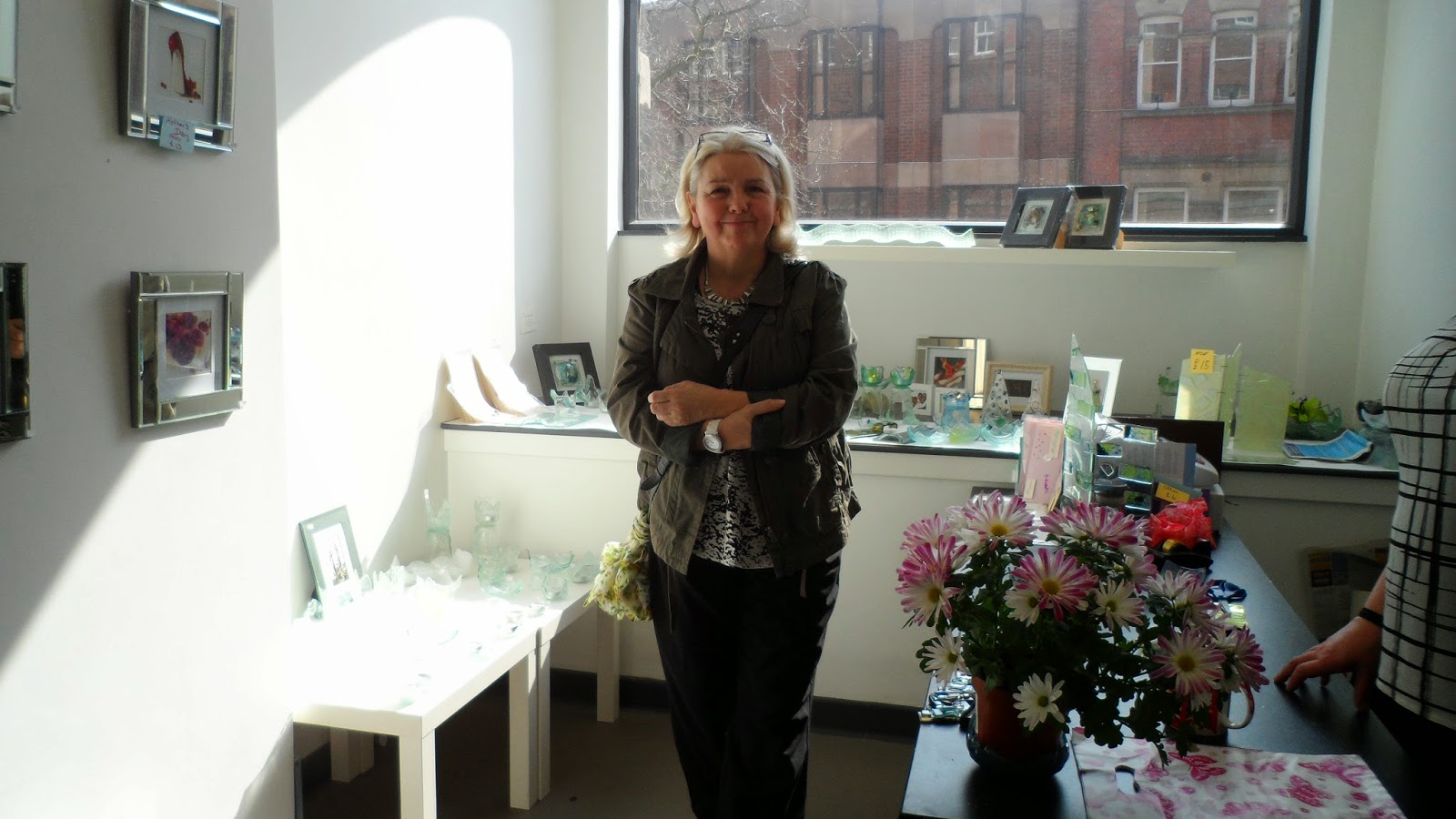 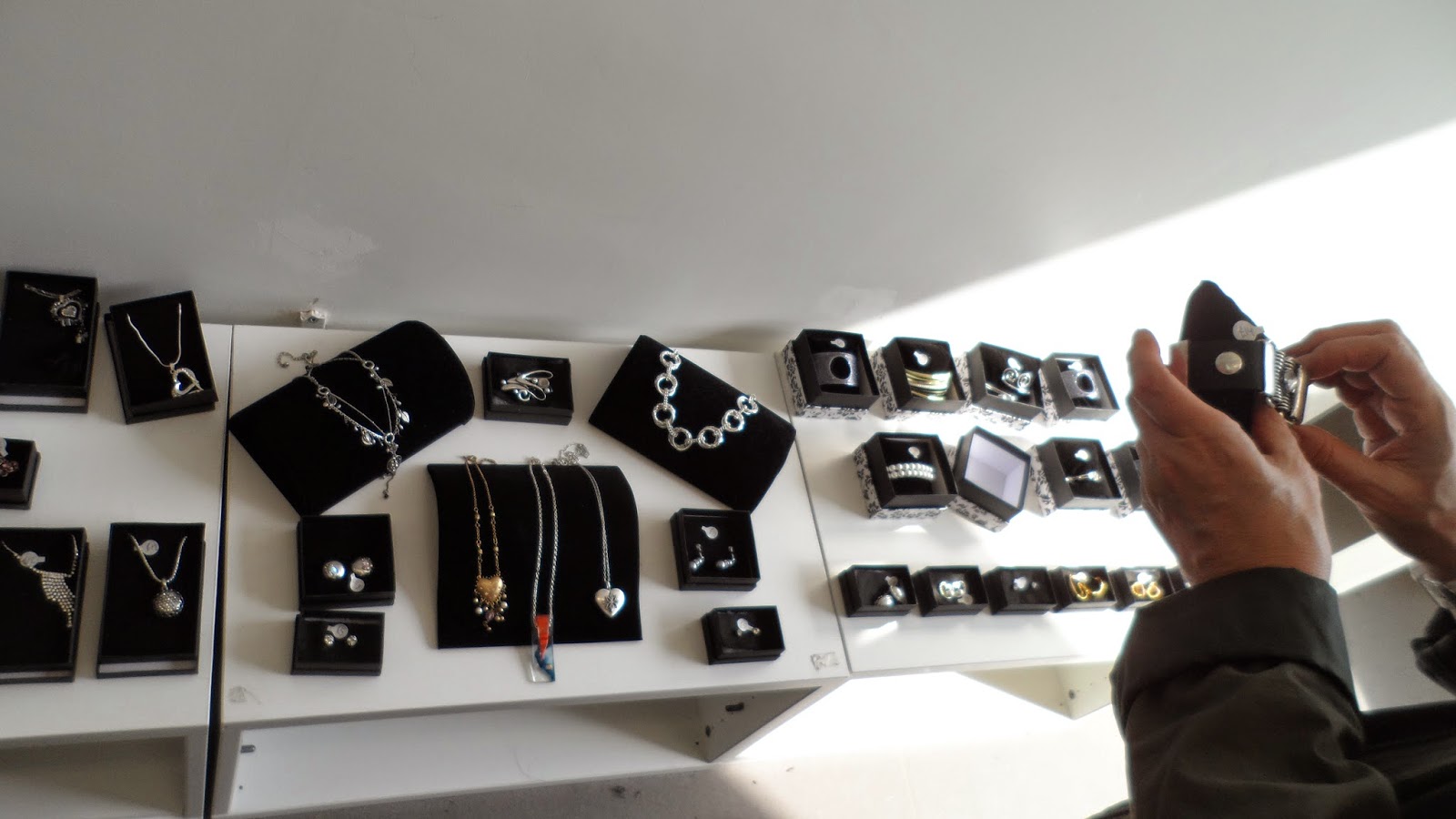 Then I said "Adios; I shall move these legs and be back shortly" 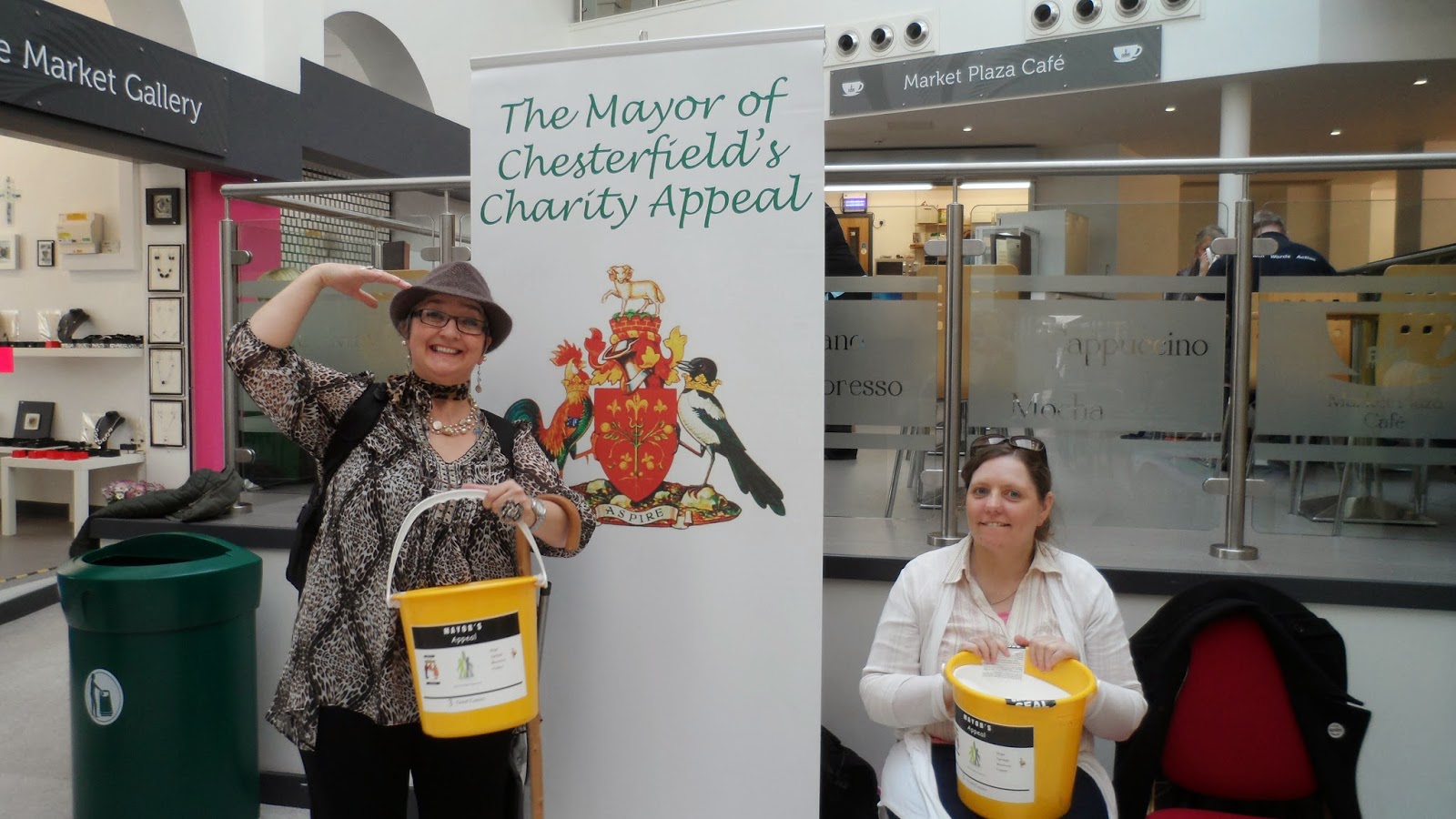 Who did I bump into as I was stretching my legs... "Aha! The Mayor" 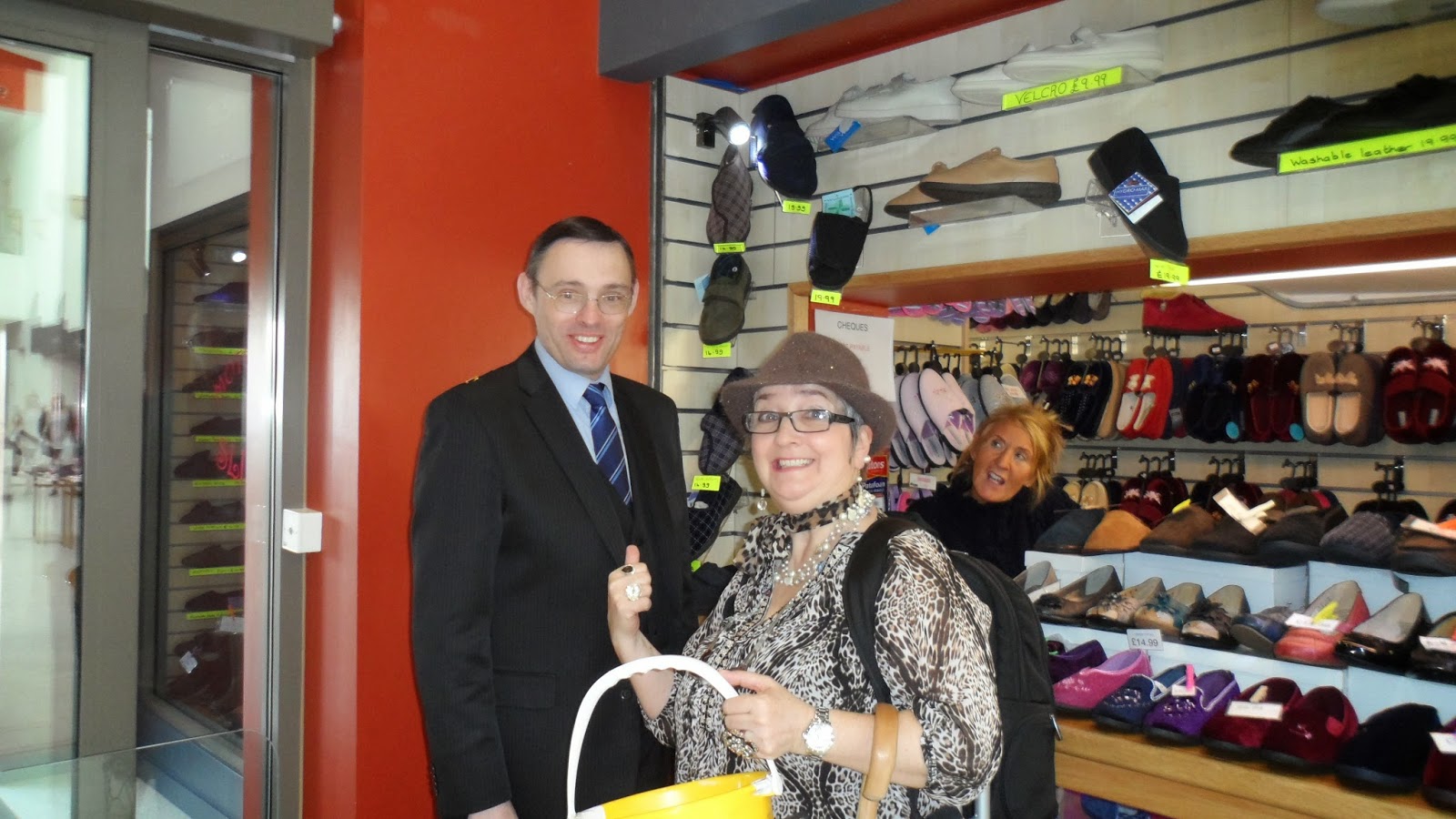 Christine,
ThanX for all your assistance shown for The Mayor of Chesterfield's Charity Appeal. 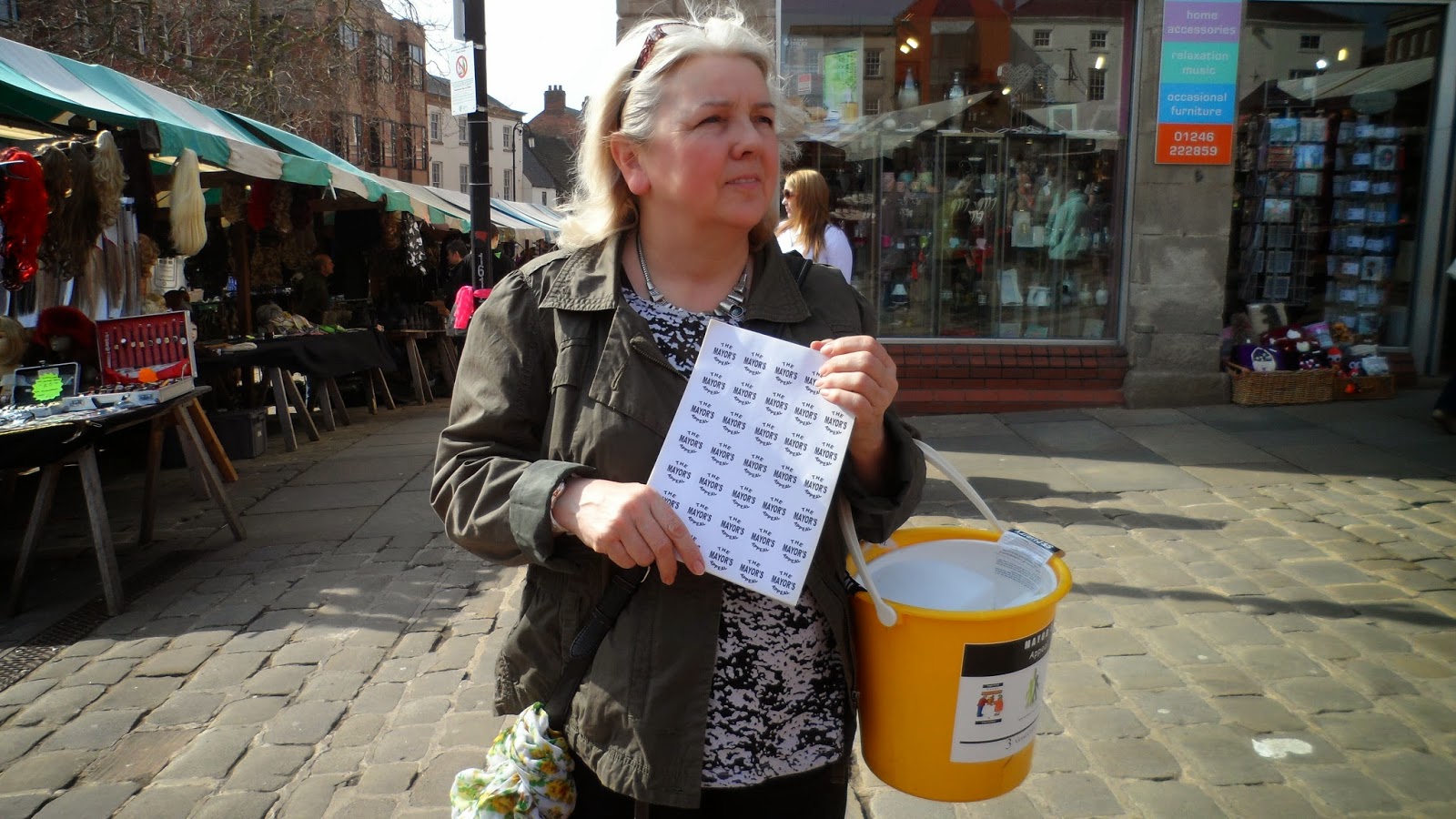 We then moved back to the outside Market where we found Style
Style, Hair & Flair. 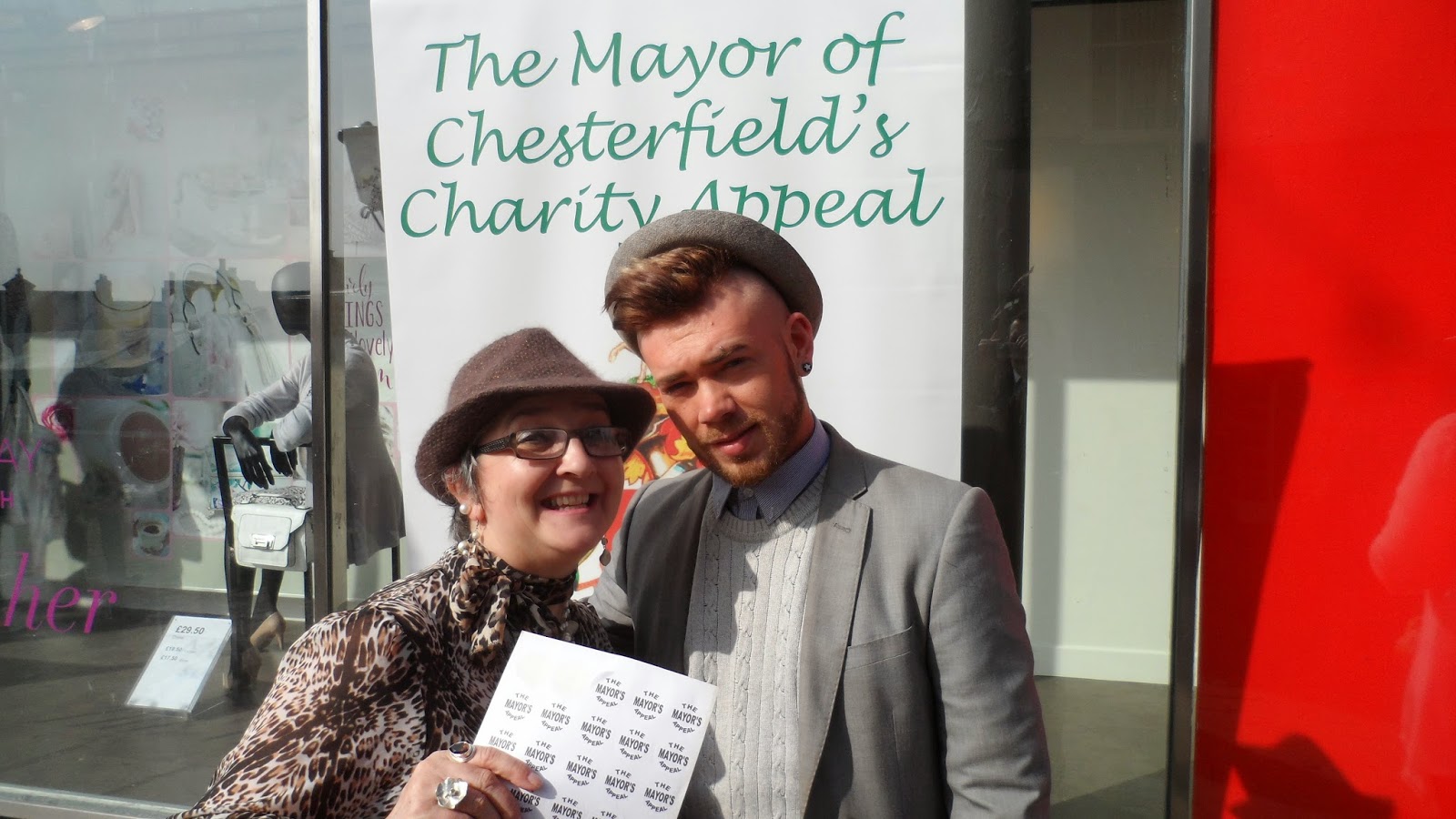 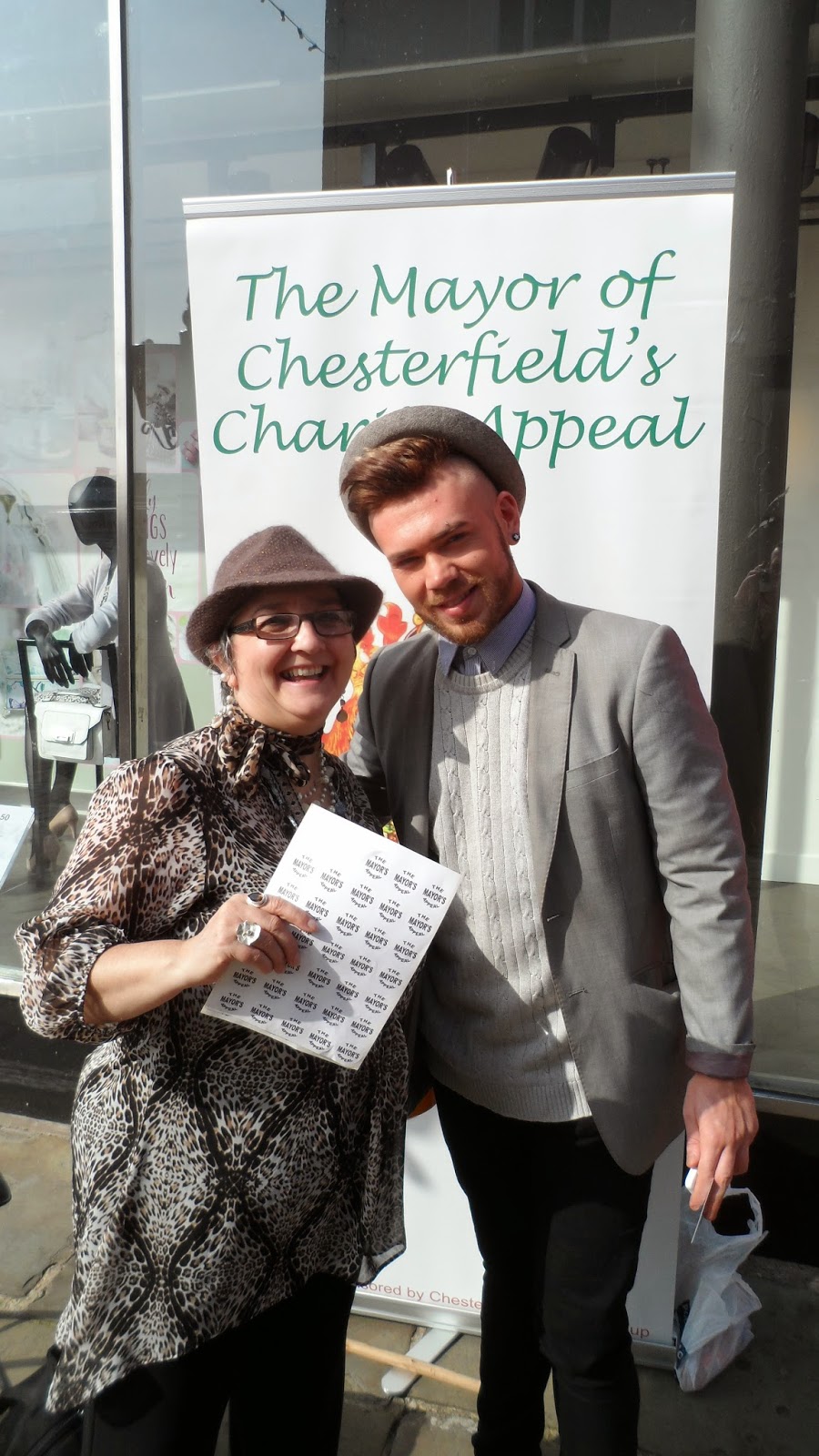 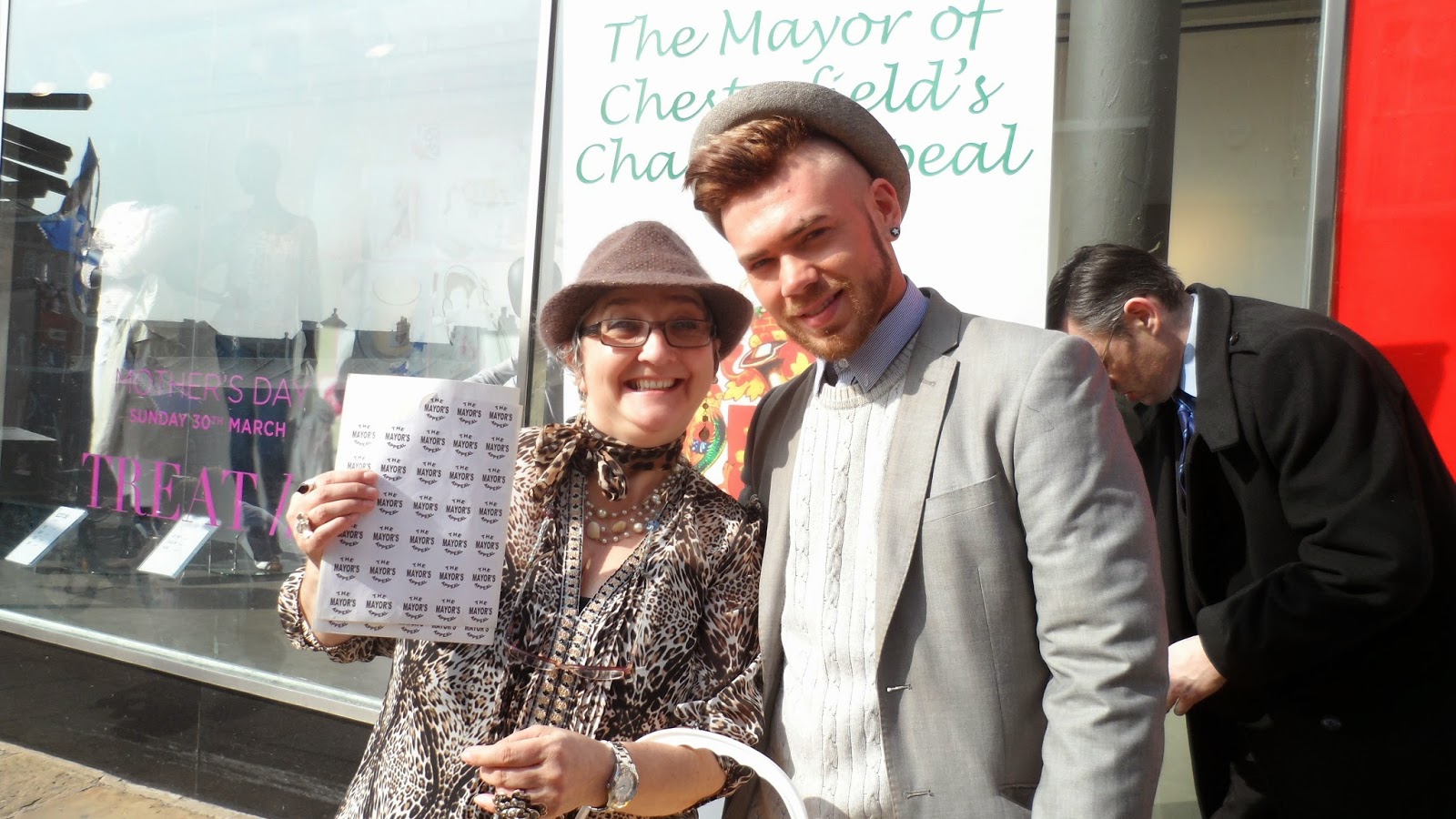 Another good sunny day for the Mayors Charity Appeal. 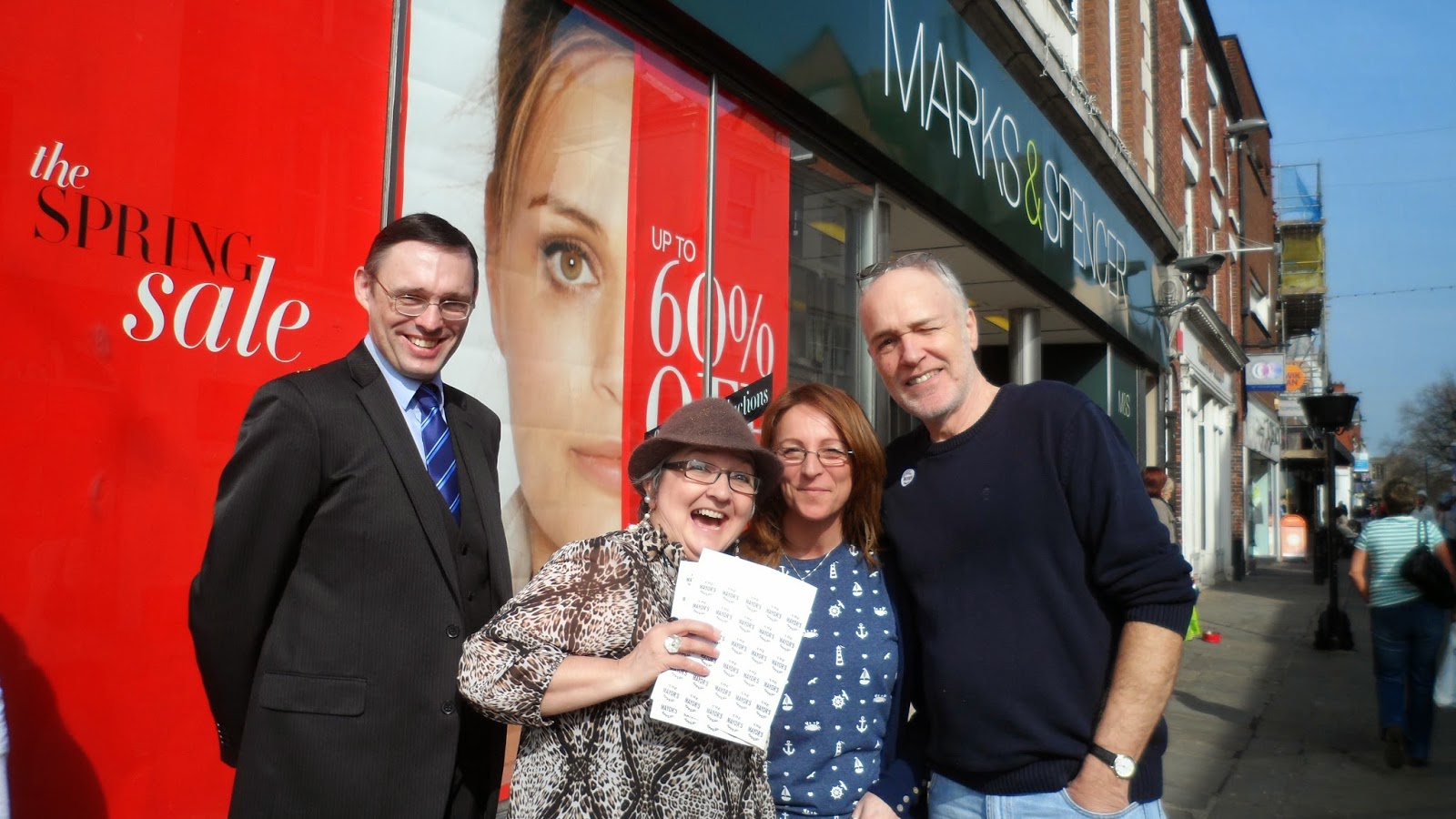 Christine & I went to The Market Pub for food and to catch-up on the days event when we met.....
The Barbers.

Ollie Ward
Glyn Croyd
Danny Bradbury all from Magnolia Barbering
What a Day! 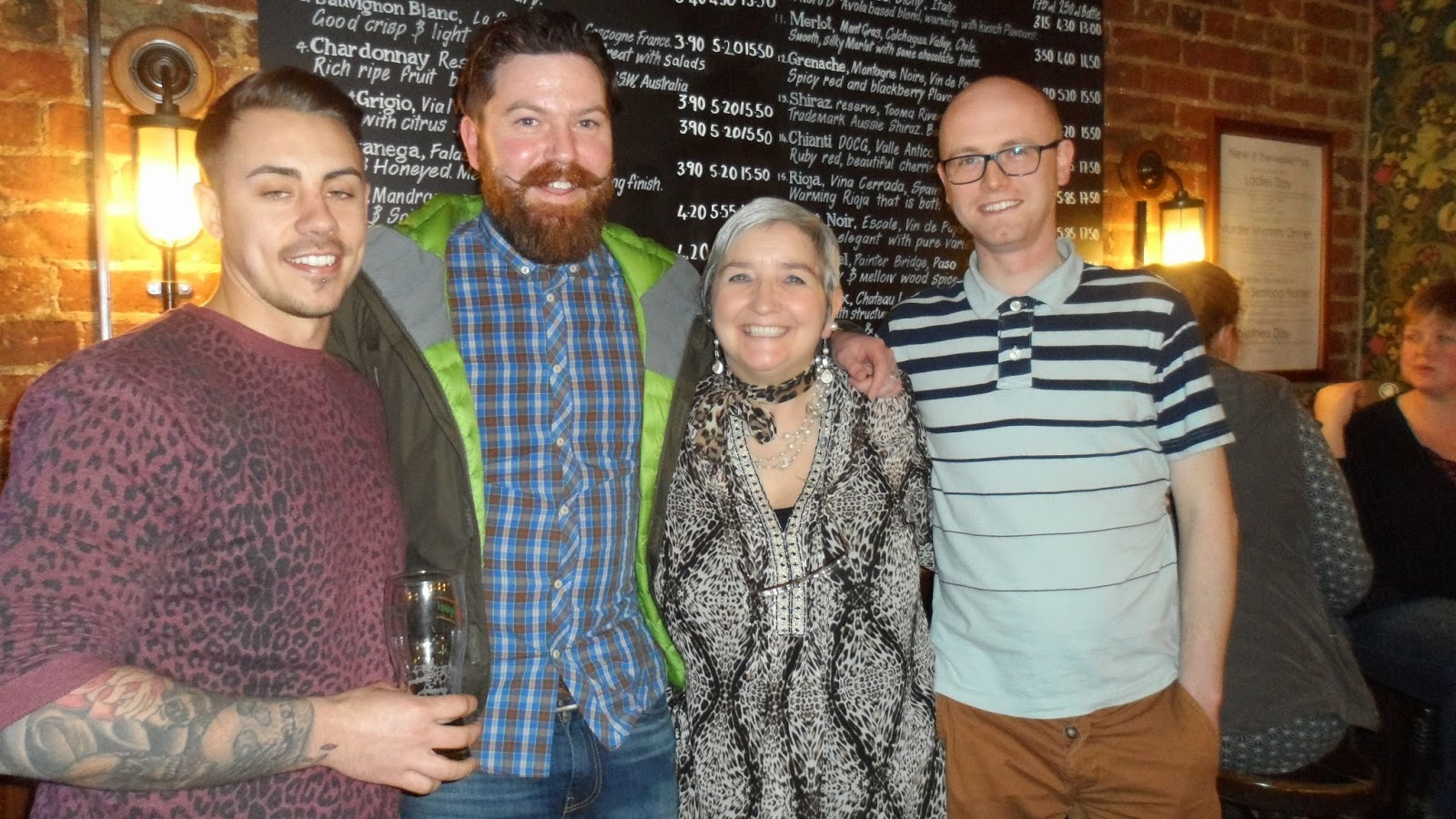 Chesterfield has so much charachter in the bulidings, I do believe it may rub off on you!

Posted by paulinesblob2.blogspot.co.uk at 1:58 PM