Confusion sets in from 12th March

I was due to have a phone consultation later in the afternoon which was a confusing talk???
"Confushious Say!"
Is this like that caged bird that wants to sing!

Later in the afternoon we had a 10 minute session on the phone and he said that the medication tablets would go from 200mg to 100mg and I only had one 200mg tablet left...."would that be a bad thing for me" I thought as this medication is changing! he would call me back on Friday to see how I was feeling as I was starting to stay in my cocoon; my home.......
After yesterday it was the relief of attending the Specialist Stroke Services to allow the brain to escape from where it is just now:-

relief
rɪˈliːf/
noun
noun: relief
Todays talk was about the safety:-
First Aid at work and at the social event with all who attend the Specialist Stroke Services 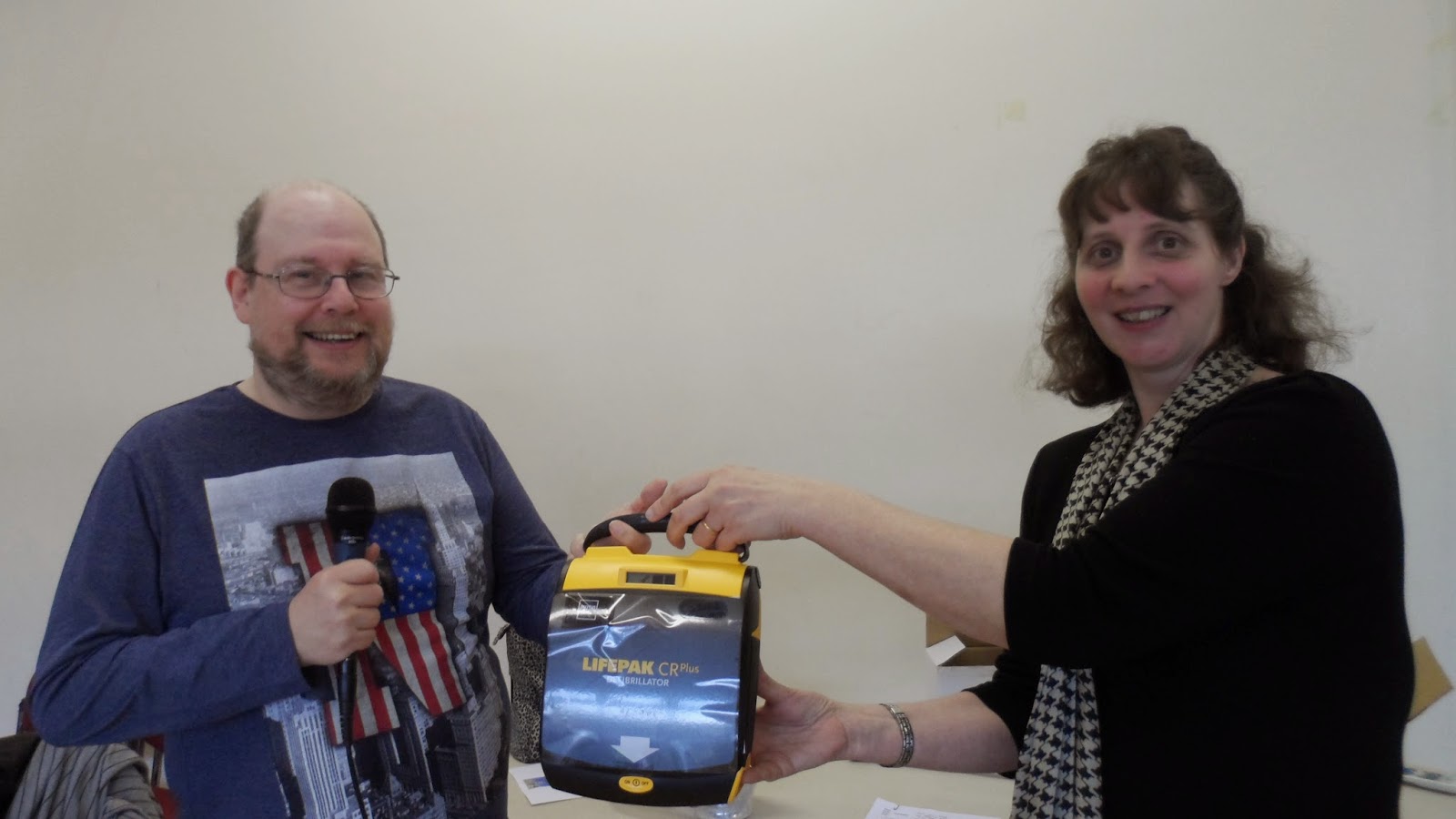 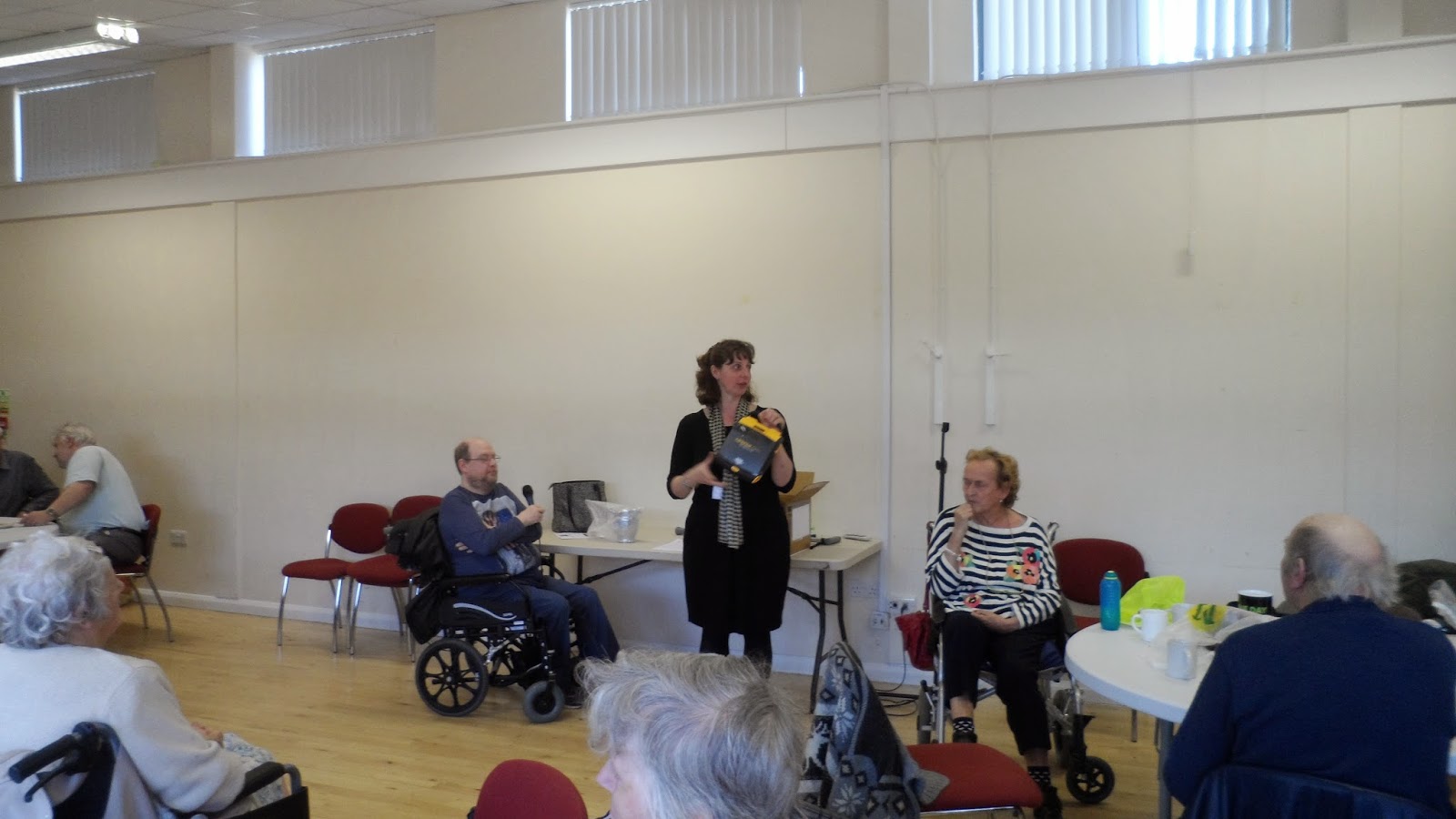 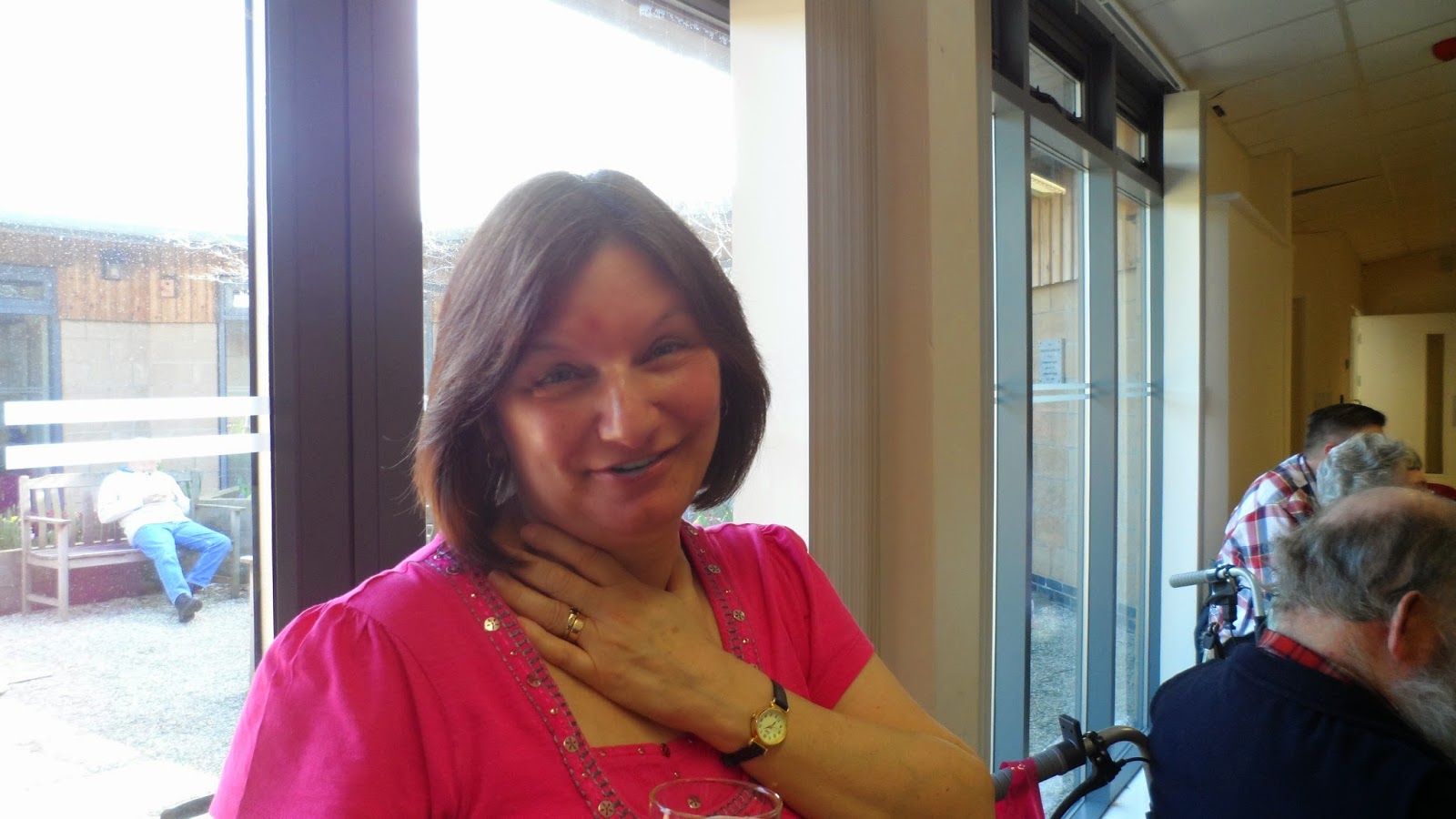 Do you think we should warn Nikki that if she needs the kiss of life at the end of her 10K run - we will be sending her our Pauline to administer it!!

Chris mastering the technique of CPR at our defibrillator training session with Jean Slater.

12 March · Edited
SPECIALIST STROKE SERVICES NEWS,
We are delighted to announce that we have now purchased our own defibrillator. Thank you to everyone who has helped us to raise the funds for this over the last few months.

A great achievement to purchase this for the Specialist Stroke Services unit in Chesterfield.

Then I was taken aback with the new profile picture of Bob Rafferty; very creative and also

Bob has given me the challenge to re-create his visual sight of his art. 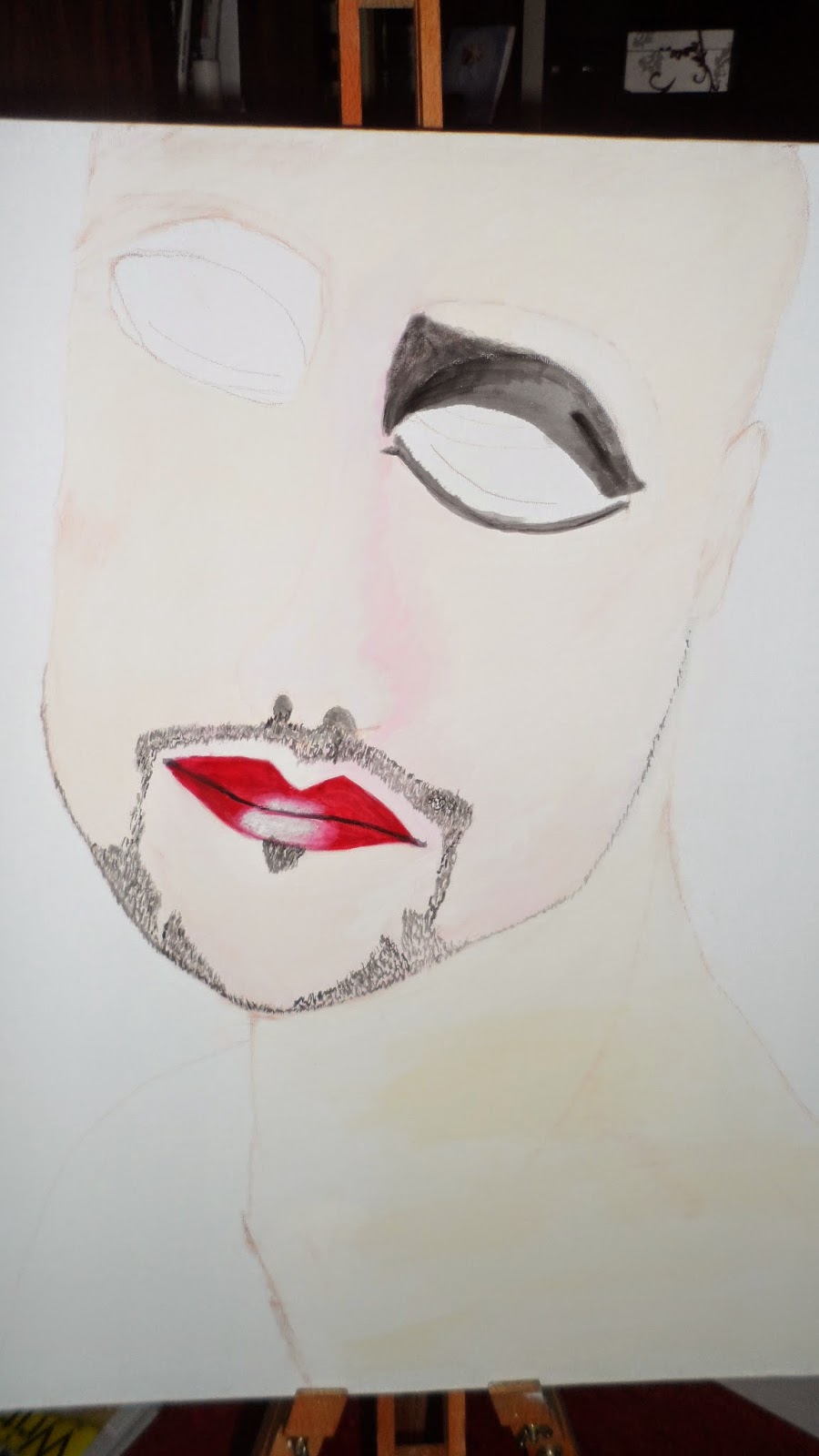 I started painting the picture of Bob Rafferty; what a challenge!
It's just great to push yourself forward; whether it's good or not so good, it does make you move forward .

14th March 2014
Then it was the sadness of Mr Tony Benn.
A great footstep to follow..........
ThanX to:-
ITV with Paul, Simon & Colm.
BBC with Danny.
I watched the reporting on the other side of the camera for the news on TV.
I learn something new every day. 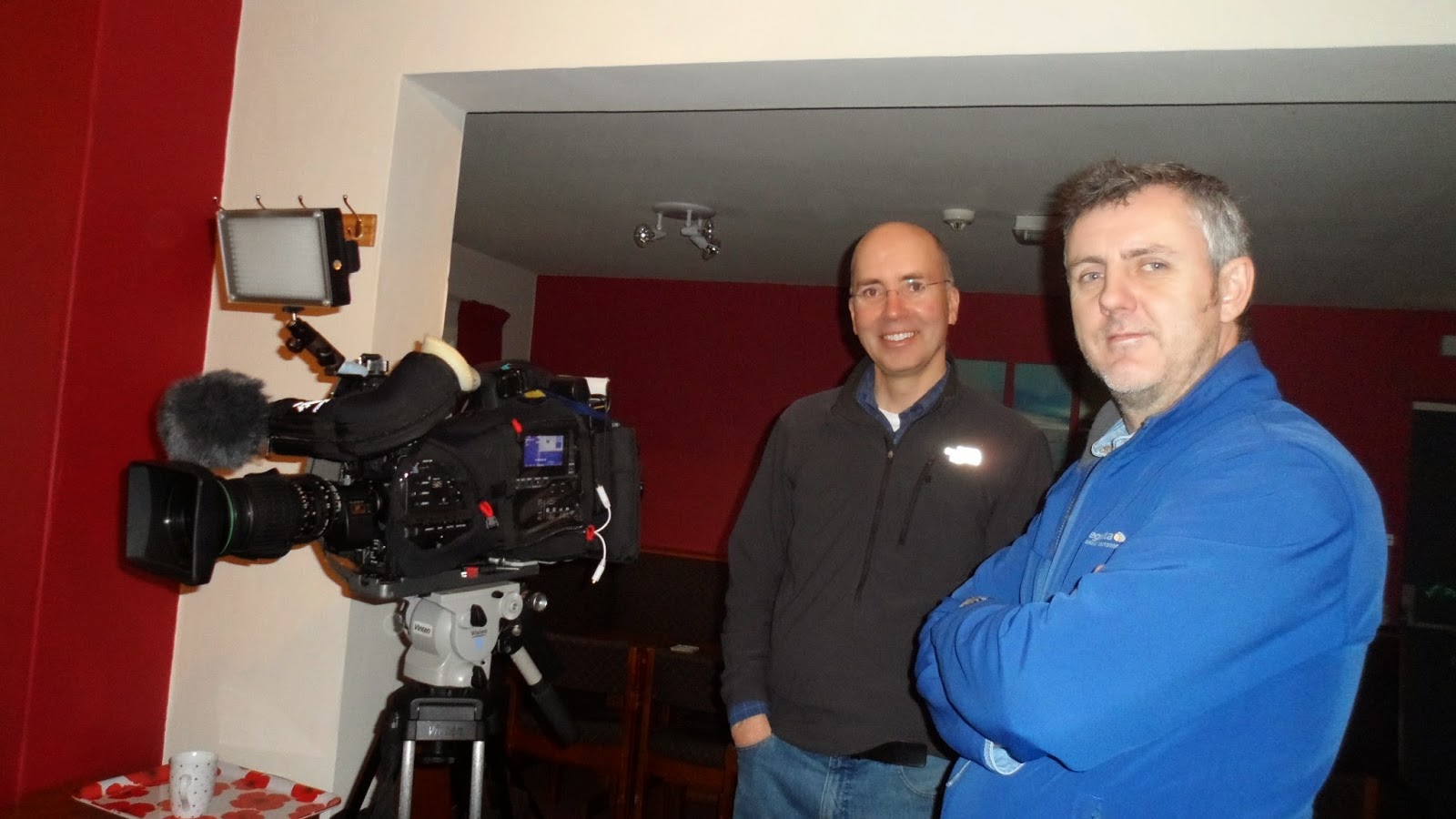 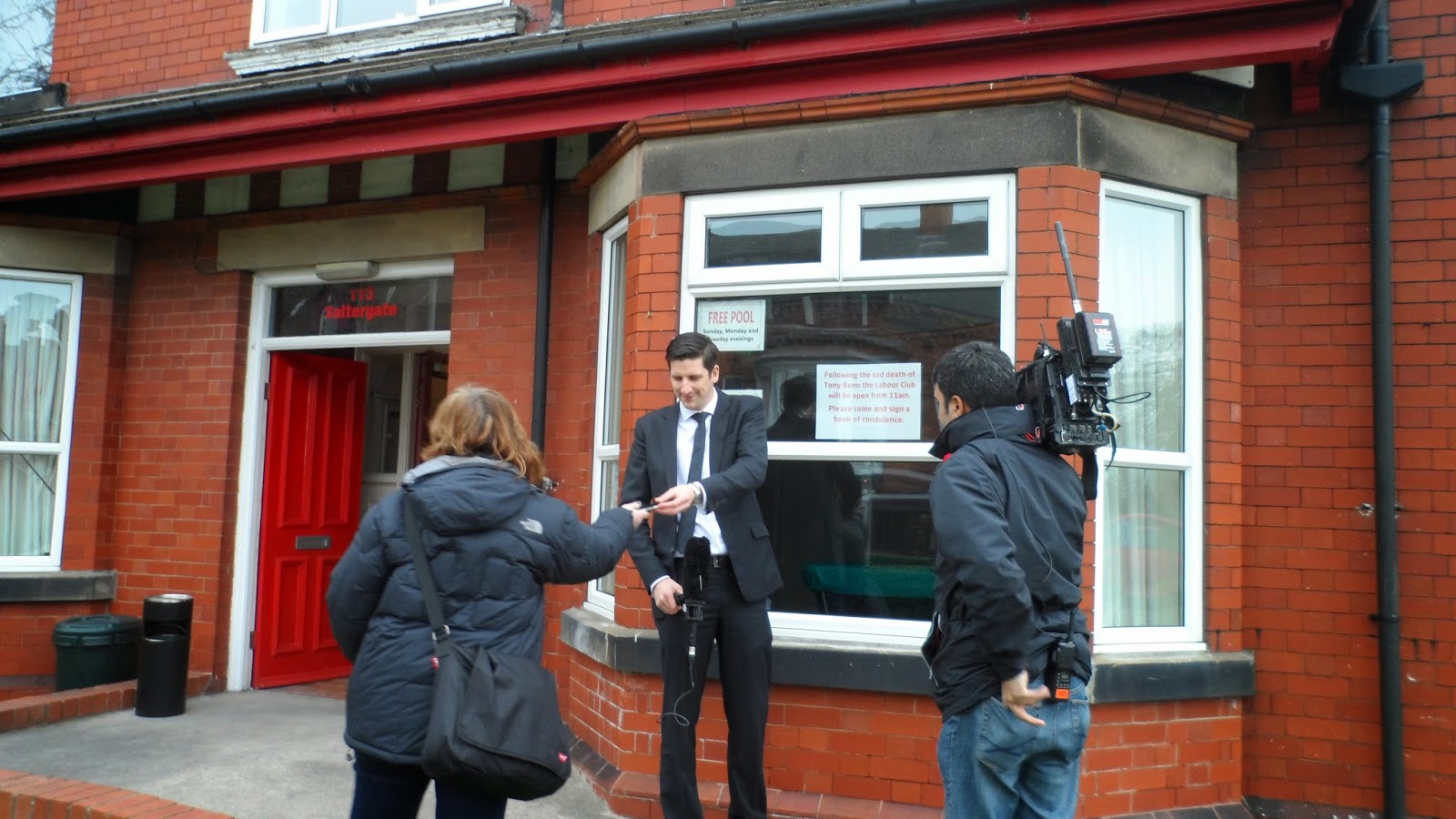 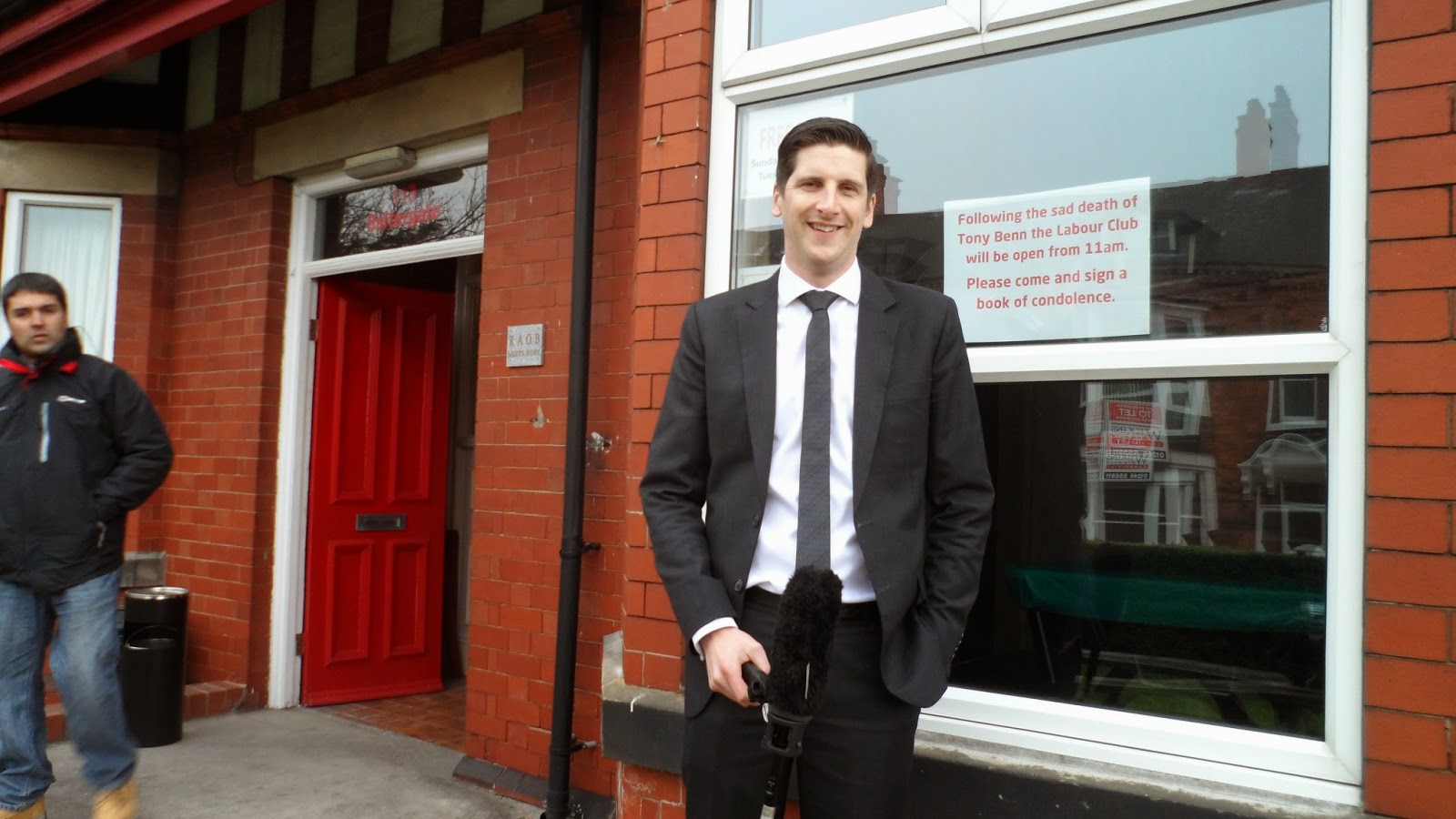 I think that I may have tried to video what they did so easily with their camera.
At least the picture moves a little bit!
That's a start..... 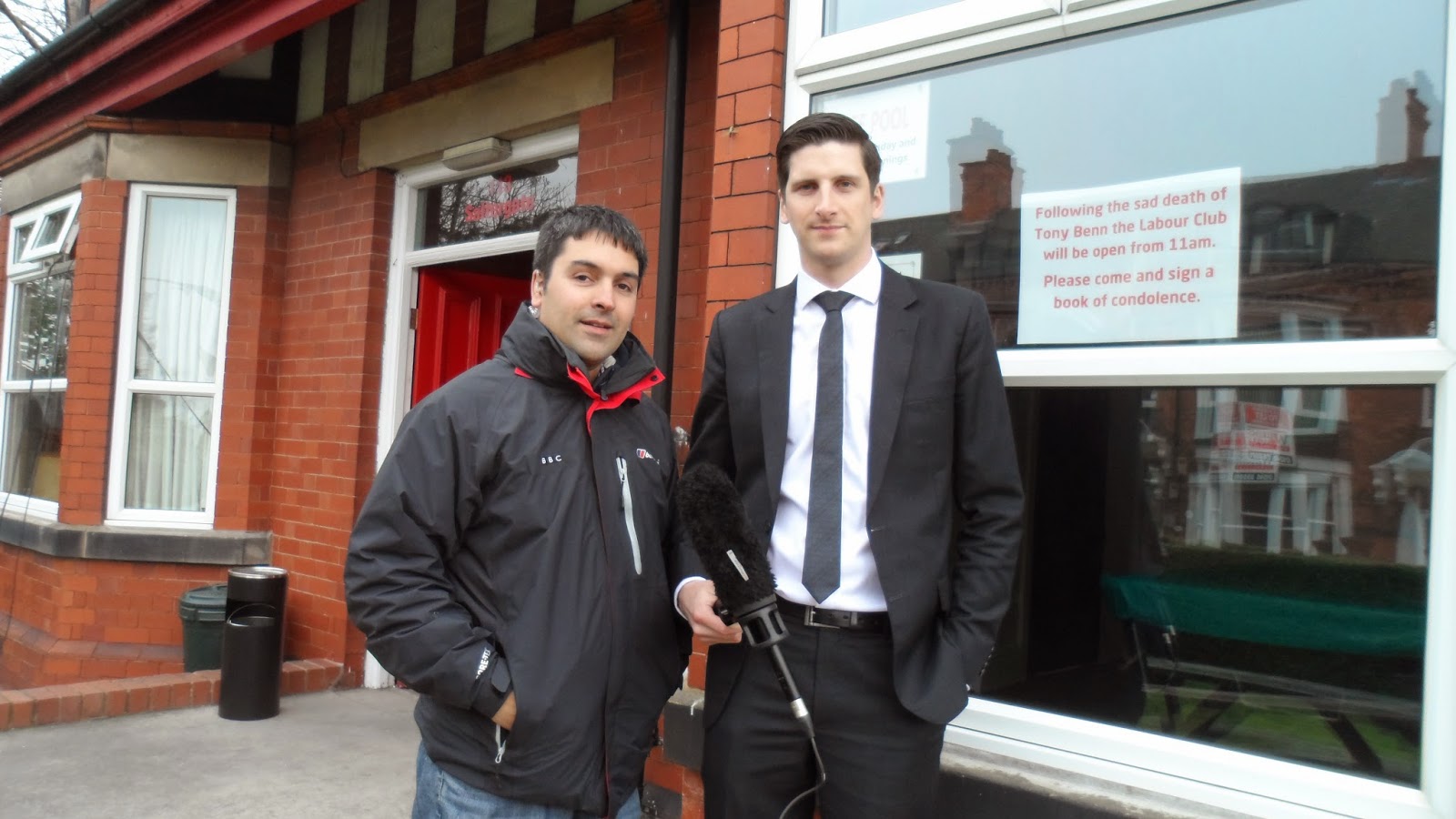 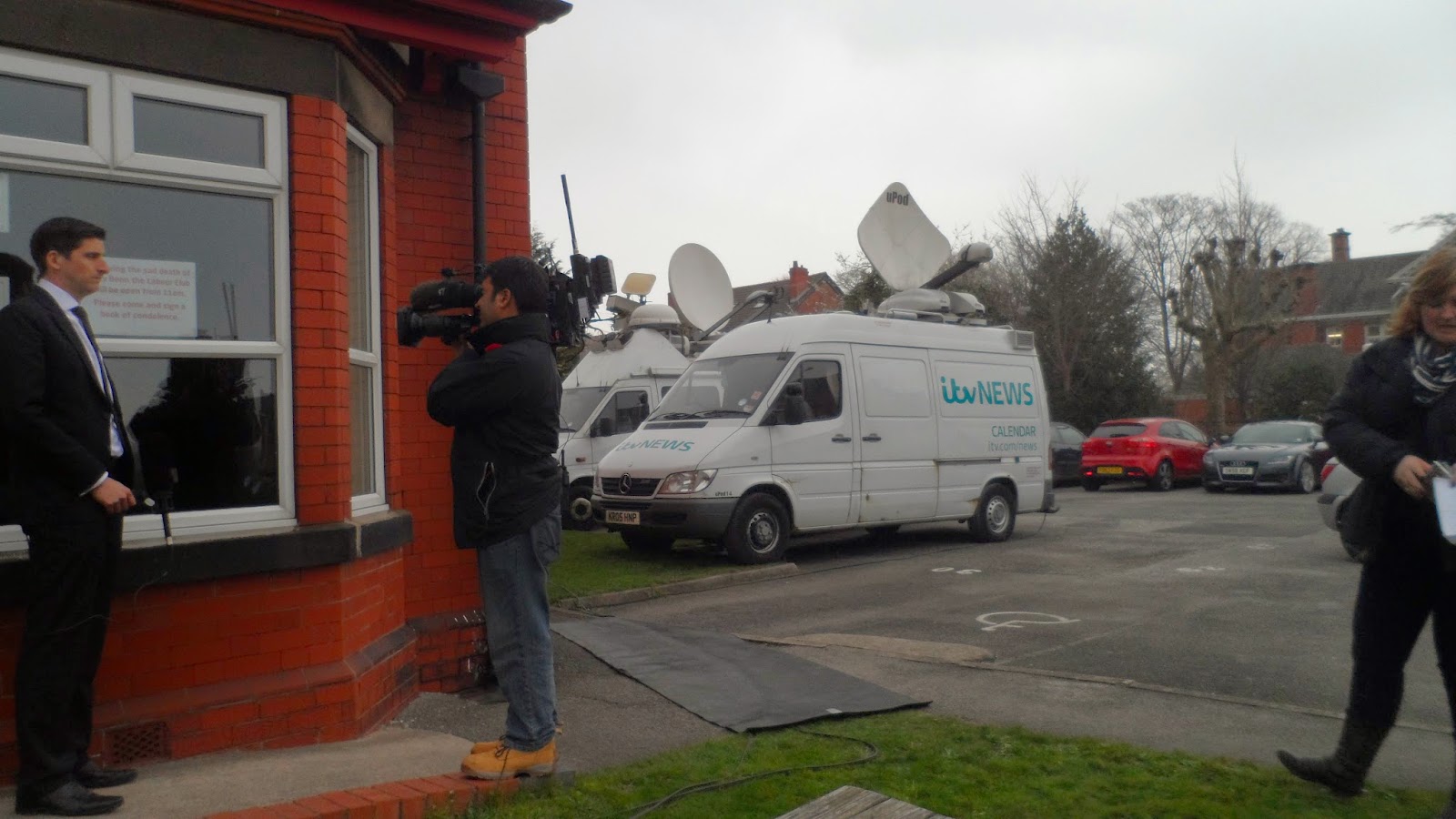 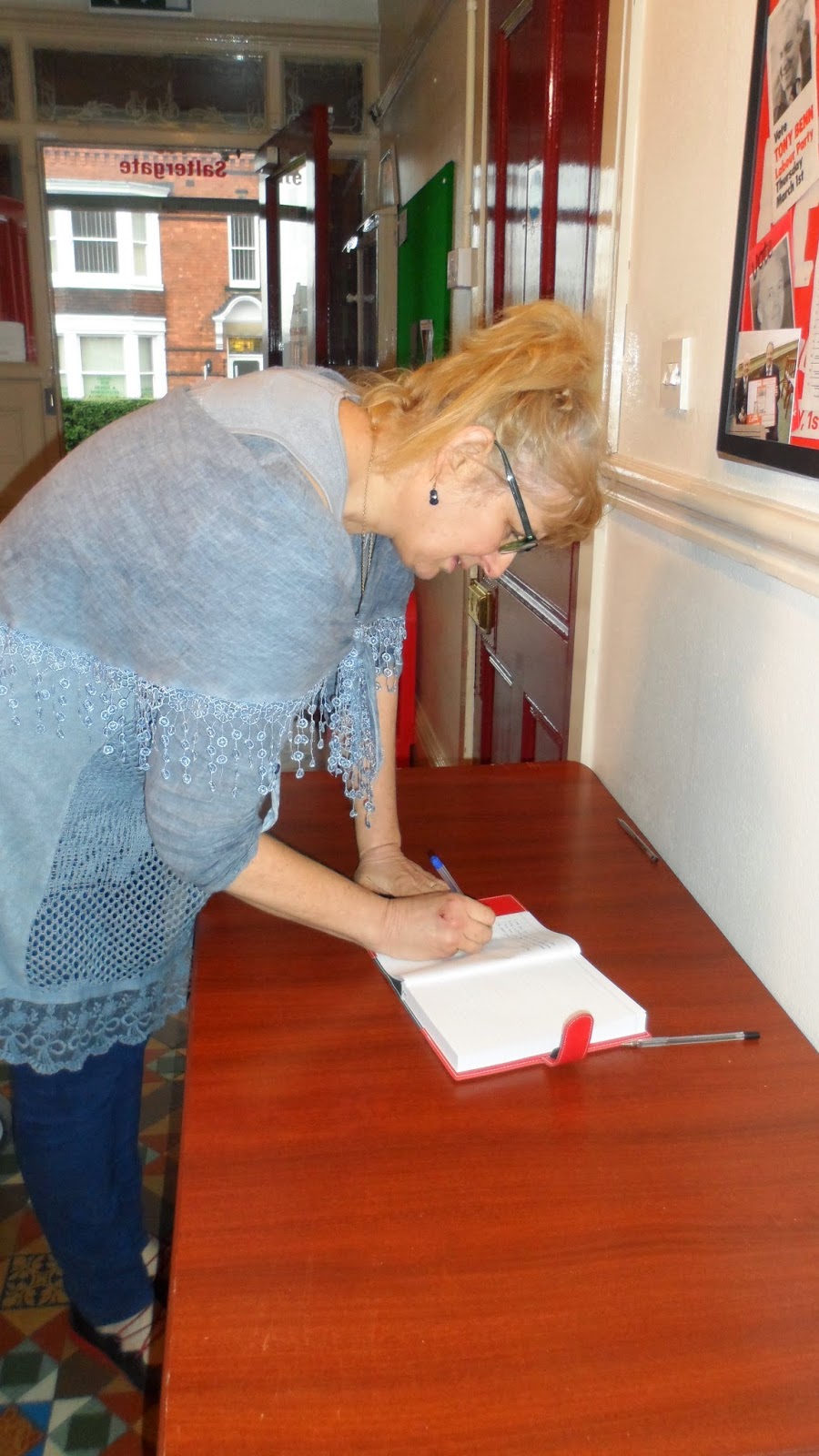 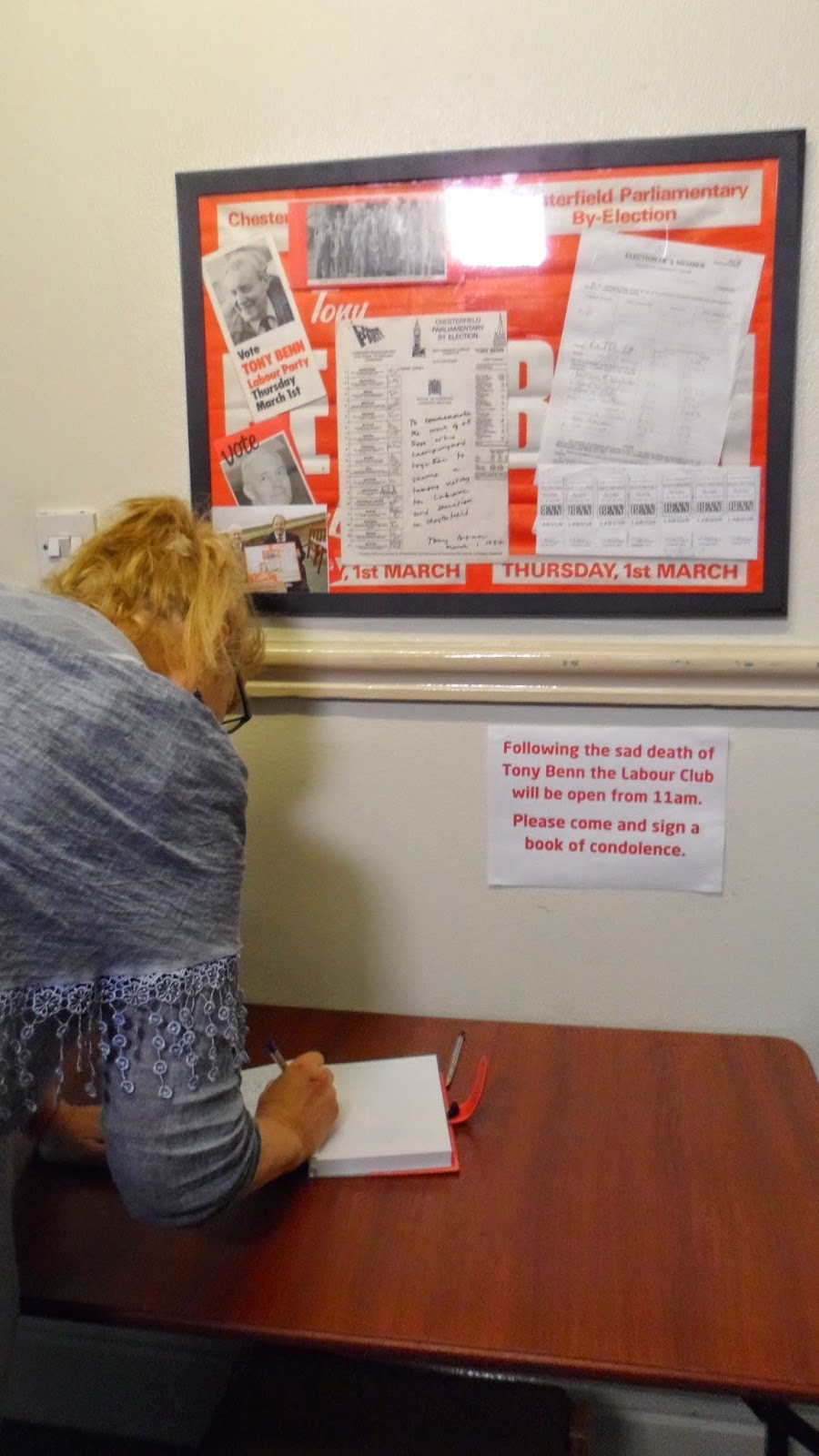 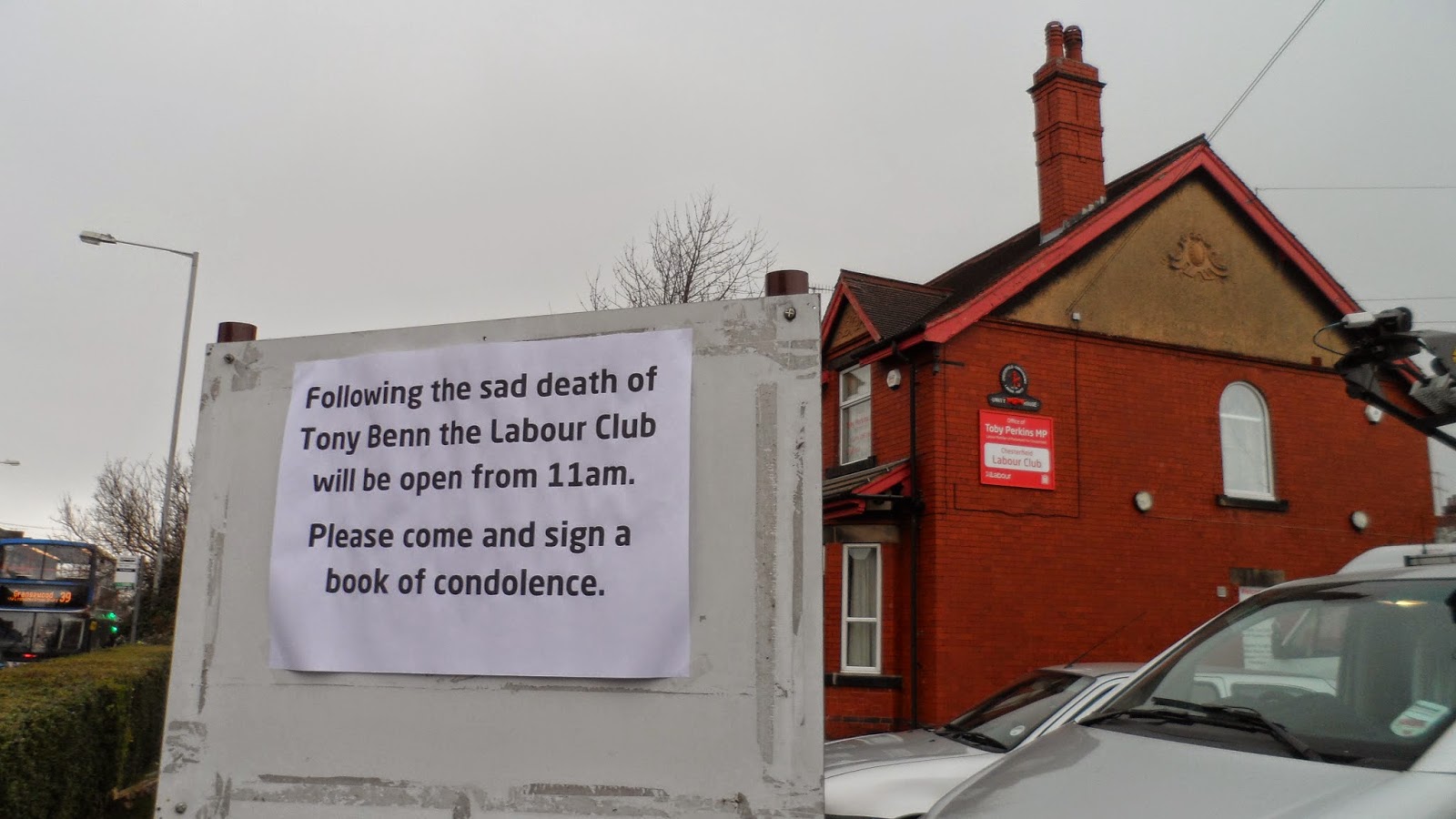 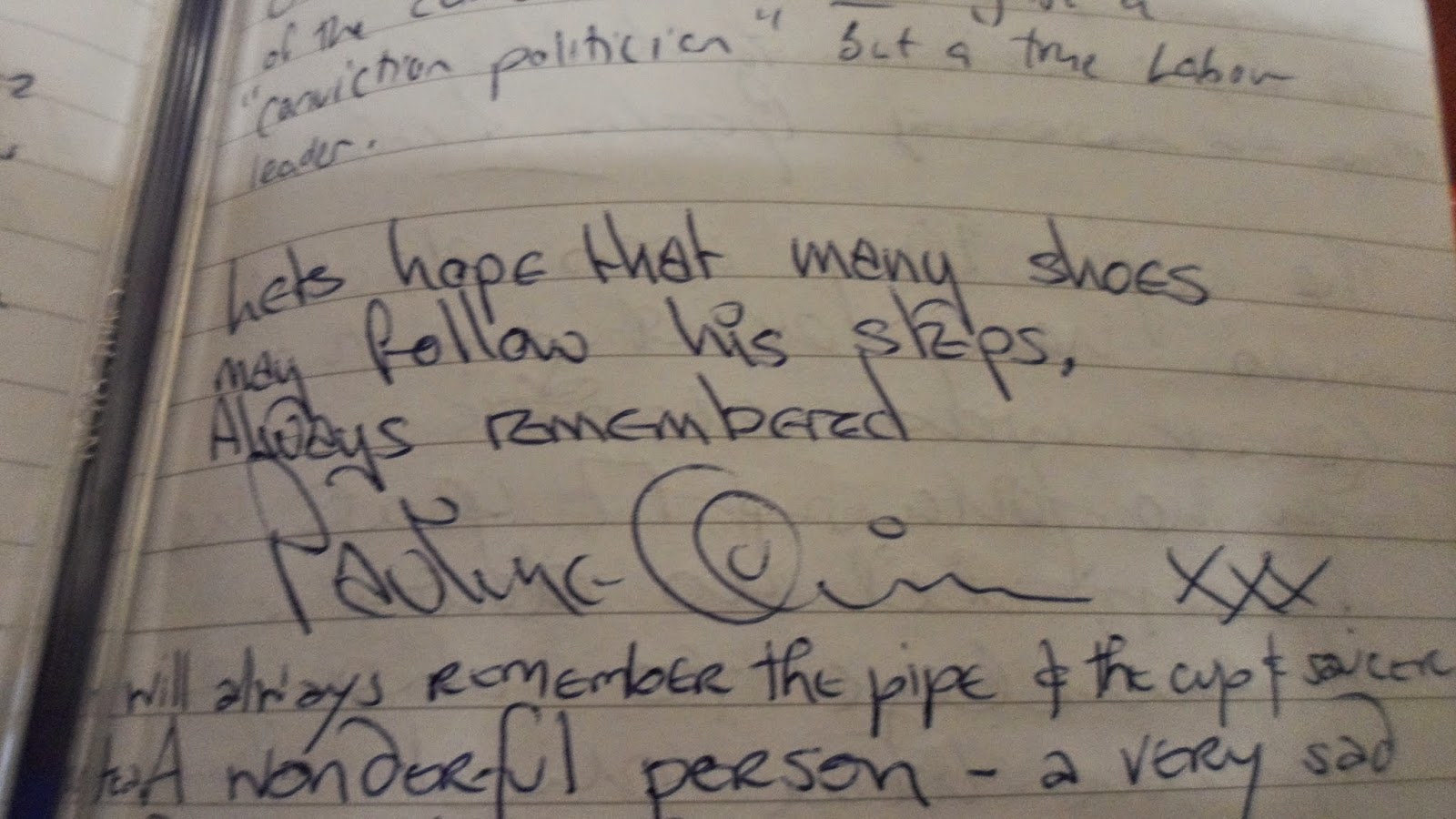 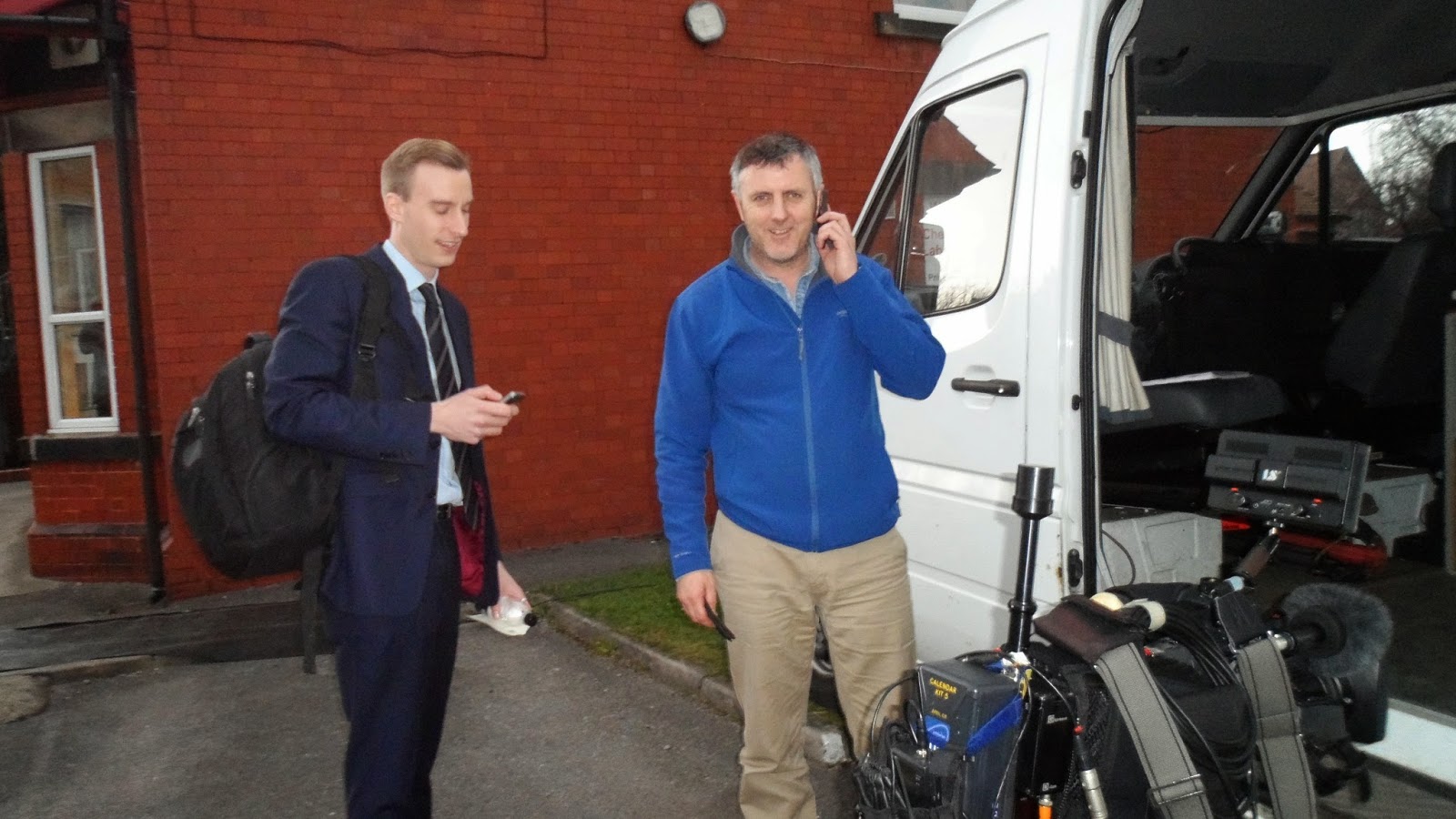 A busy day for all involved. 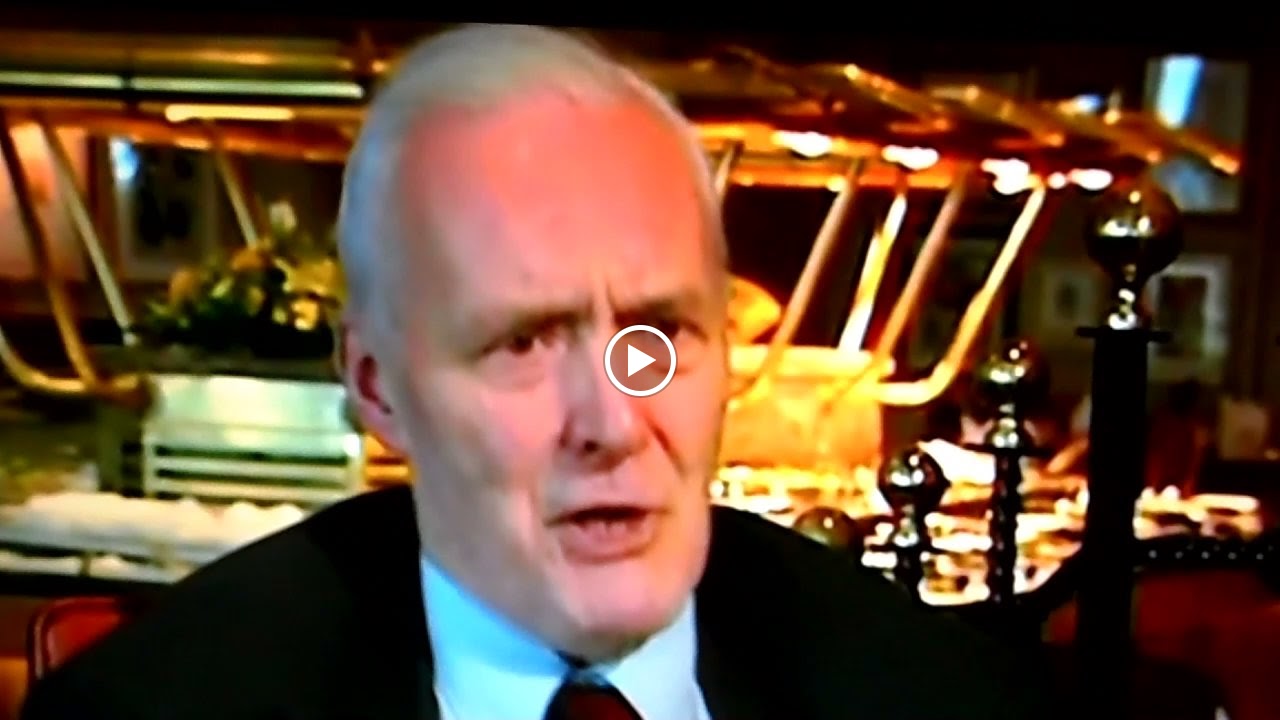 The next day:
This is my description of the feelings that run around the legs and feet and the head area.
I started to have some numbness on my toes and my right knee downwards was very cold.
Right insole had some "square feelings!"
Blocks - bumping into each other.
Is the blocks the crystals?
Tightness on right ankle and right cheek numb.
It seems to me that all on the right side has fallen out with the rest of the body...............
I should right a letter to my brain to behave and co-operate with the rest of the body...... Jeeezzo!
I spent most of the weekend organising the blood circulation within the legs to move.
It can be very tiring doing the slightest movement and need to sleep as that is when your body repairs itself more; I've learnt that when I feel tired, I need to sleep.
No more fighting with the mind to stay awake as it's trying to replenish itself. To get better. 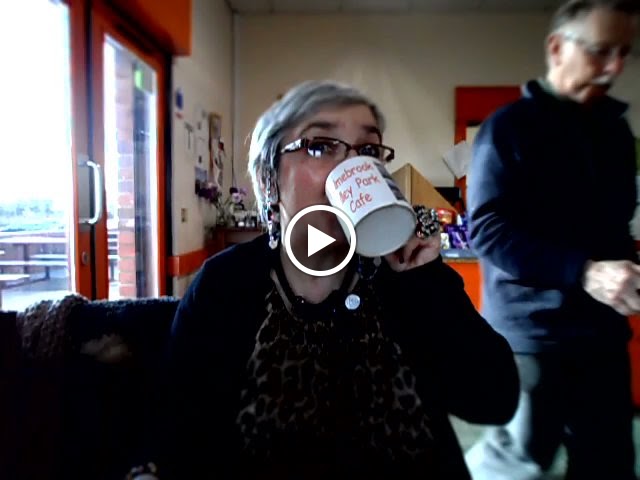 How can the brain adjust and cope:
The brain is still going through the re-adjusting time to learn all over again about all the movements and sounds happening all at the same time.


cacophony
kəˈkɒf(ə)ni/
noun
noun: cacophony; plural noun: cacophonies
a harsh discordant mixture of sounds.
"a cacophony of deafening alarm bells"
Listening to more than one conversation at any point in the shop, on the bus, having a coffee; it distorts and spins around in my head like the words are coming through a "Foghorn" it's LouD and Echoes inside the mending head.
It is a cacophony that you have to bear with every day.
If someone dropped a little pin a mile away; I may hear it. "That was loud!"
A regular noise that you never really noticed before the brain trauma is so much harder to cope with on a daily basis these days.
Lets see what occurs next for me alongside all the other after effects that I have and still put up with.
Determination has brought me this far and there's no turning back now.

The Brain that Changes Itself 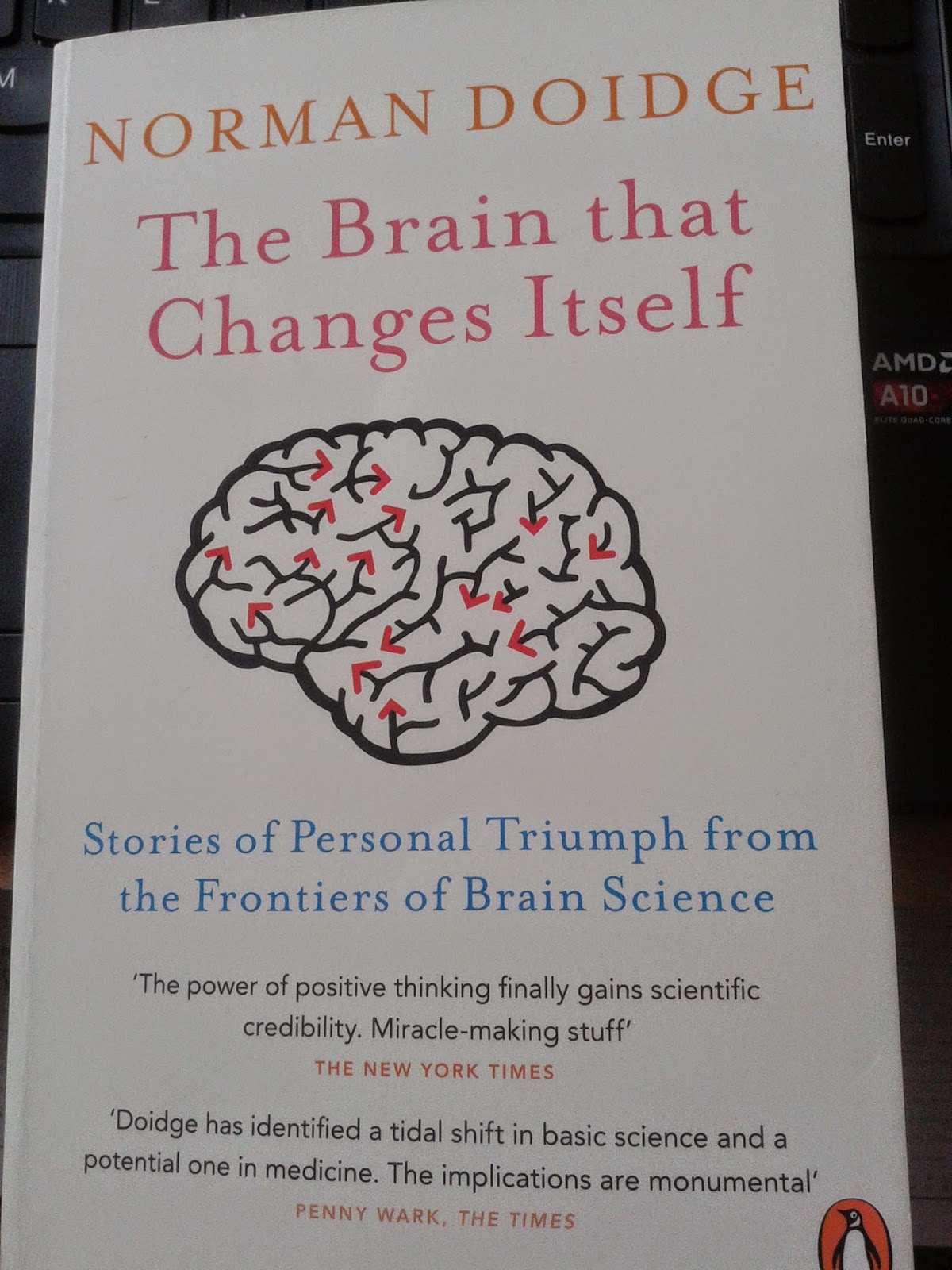 ThanX  to Catherine Clinton for the gift of this book, as you read each page I think;
"This is so full of ME!"


Posted by paulinesblob2.blogspot.co.uk at 10:02 AM