To Forgive U2 - The Saga Continues

To Forgive from the bottom of my heart has been the hardest thing that I'm going through just now!
I'm going through all the wrongs that have been done behind my back and I have to come to terms with each wrong individually; instead of moaning and groaning constantly into this big pot of lies, deceit and false allegations made.
I'm in the middle of writing "My Complaints" which will be sent to the appropriate departments when finished.
This Blog titled "Pauline's Blob" was created by my sister Janiece and she can see the complaints that I have against her when she was my LPA & Appointee.

Here's some information about our childhood:
When I was a teenager, I shared the bedroom with Christine; the eldest sister.
My clothes were in a set of drawers and Christine had all her belongings, shoes, clothes etc. in the double door walk-in wardrobe. She was working in Wryggs, it was the retail fashion store which was part of the Golbergs store in Hamilton. Christine was always up-to-date with the latest fashions in her own clothes; it was part of her trade. When she went out she would always put a slim belt which she twisted, turned and knotted as she locked up her wardrobe with a padlock before she went out. I knew she wouldn't be back until the next day as it was the weekend, she always had lovely places to attend.
In the evenings I was always downstairs with the dog, out in the garden, eating, doing dishes or standing on the stool behind my dads chair as I used the comb to part his hair and pick out all the wee beasties in his head-----his dandruff!
In the meantime our sister Janiece is upstairs in our bedroom with a kirby which she used to open-up the padlock. Next day when Christine got home she looked at the belt and said "She's been in my wardrobe! What did she take?" I shrugged my shoulders as I never seen what Janiece took, she was always good at hiding things.
It's a case of....What She Wants........She Takes...... she been like that all her life!

I've had to forgive her greed for money and evicting my son from their home, it is painful to deal with, but I will eventually mend this broken heart as she is a member of my family.

When GREED takes a hold of you there's nothing more satisfying than receiving Money for Nothing! (like the song by Dire Straits from the Album "Brothers in Arms")

Unfortunately my sister Janiece Wallace had indulged herself in my finances from the works sick payments and the Government Benefits from the 17th April 2012
I can only assume that Janiece must have wined and dined at my expense as she gave up on her home business named The Pole House which dissolved away into the clouds.
When Janiece took over the LPA (Lasting Power of Attorney) her role is to be an impartial person who signs to confirm that "I" the donor understands what I am doing when I was making this LPA?
If I was supposed to know what I was doing at this time.......how come I never knew about the LPA until the middle of 2013?
If this piece of critical information was happening..... Why did I not know about this or even write about this in my diary in 2012 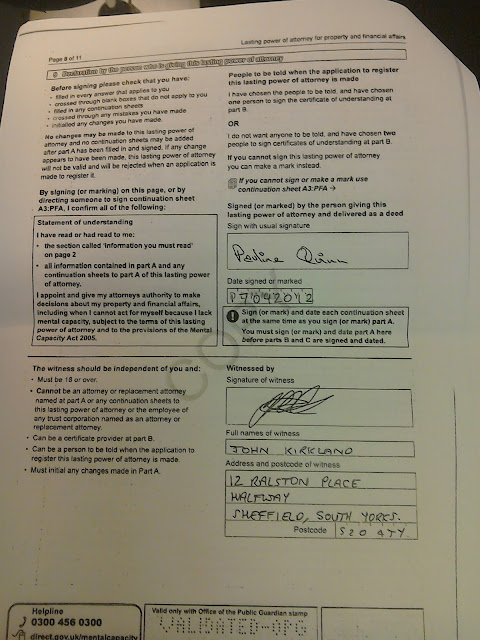 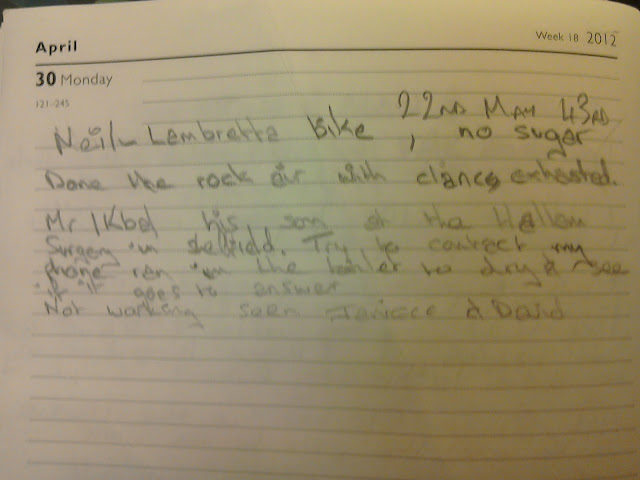 I do believe that the signature that I gave on the 12th has been used for the LPA and if you look at the diary for the 30th April, you can see that my number 2 is totally different from the LPA date number and who on earth is this John Kirkland from Halfway, Sheffield...........
Only God knows! 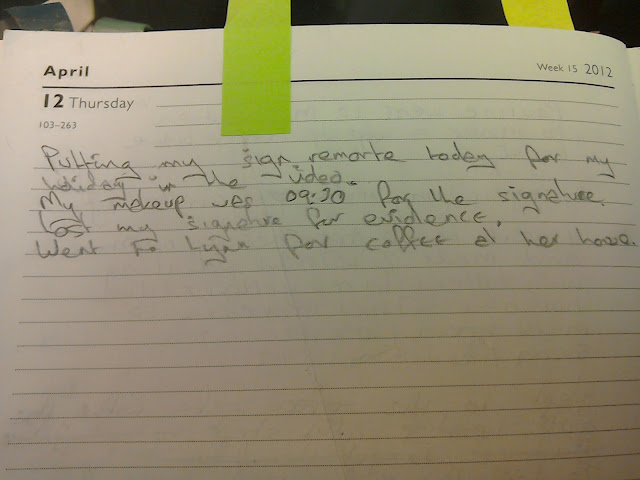 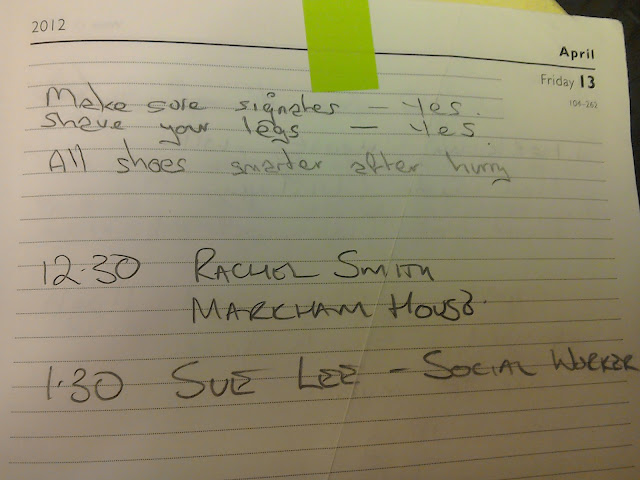 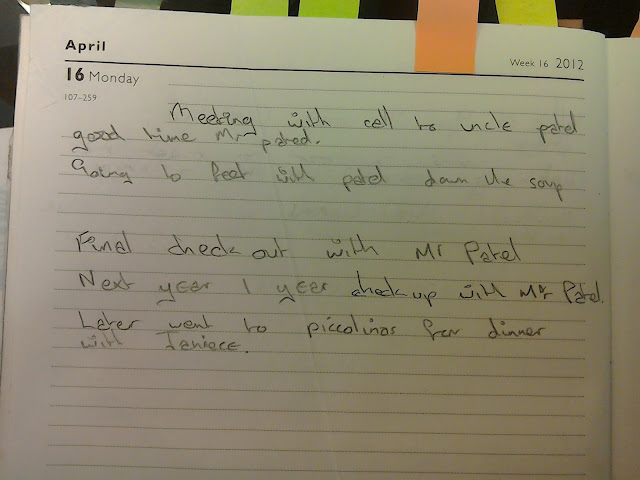 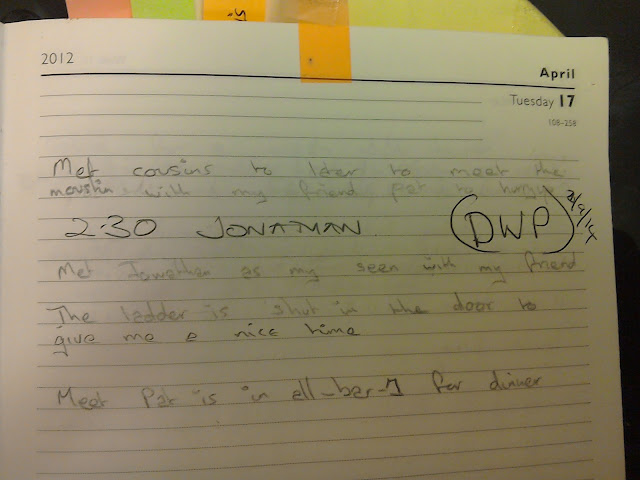 One good thing has come out of this tragic situation is that the Public Guardian has changed the processes of registration.
LPAs are now processed up to the point of registration by one member of staff reducing the chances of such errors occurring. 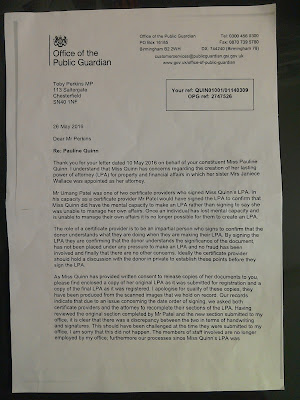 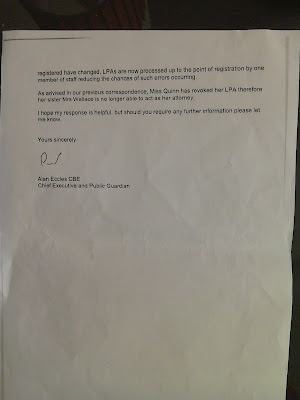 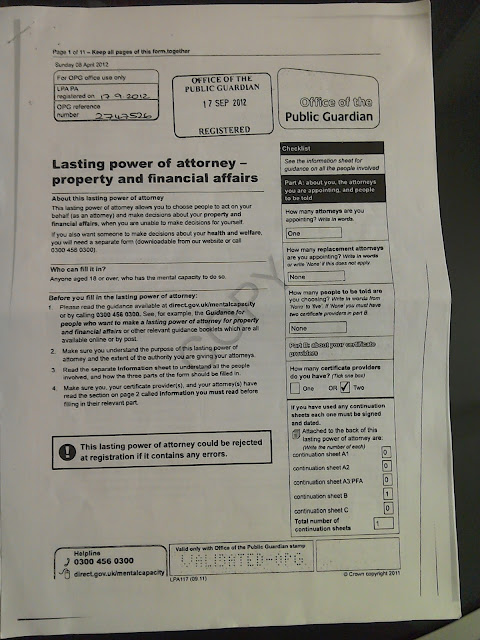 Being an LPA;
Janiece took me out of my rehabilitation house in Bolsover and she placed me in Chesterfield in a support home with Guinness Northern Counties on New Year's Eve 31st December 2012 with a blow up bed and her old telly.....what a great start in life Eh!
By the 22nd January 2013 I was in arrears already with my rent to Guinness and I hadn't even been there for a full month yet?
I continued to be constantly in arrears until I took the power away from her in 2014 and all the writing on these rent arrears are my sisters writing. I'm quite dumbfounded that she couldn't even pay the £13.23 each week out of my benefits. obviously paying any bill of mine was interrupting with what she had planned to do with my monies....C'est la vie! Such is life! 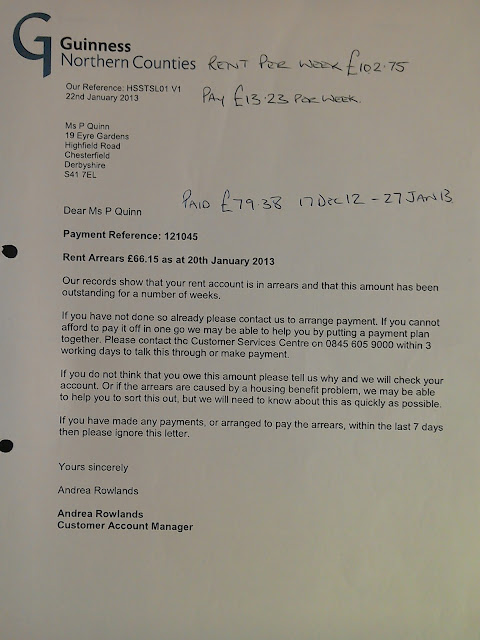 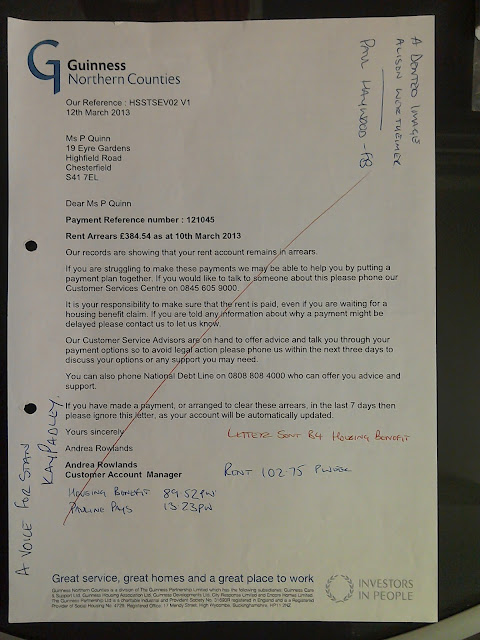 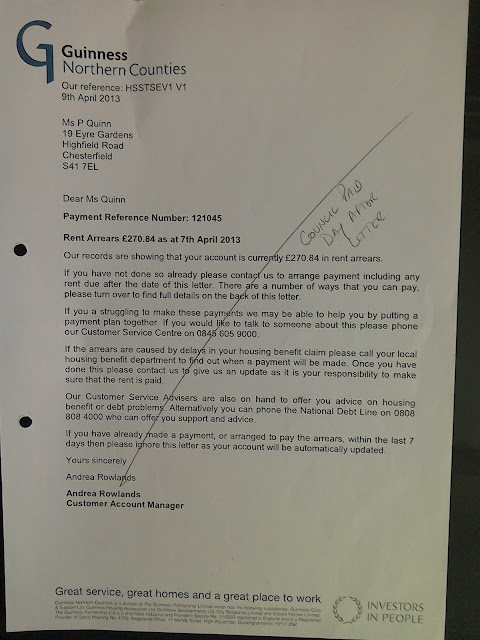 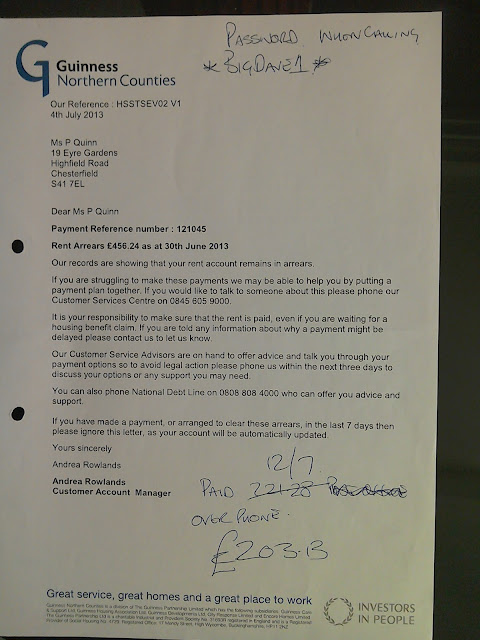 Now by the letter dated 4th July 2013 my sister had put me in debt for my rent to Guinness for £456.24 at the 30th June 2013...
Oh dear........ she was making me look like I'm an unsavory tenant!
Constantly in arrears as she held onto the purse strings being the LPA! and this was just for the top-up to the rent that she should have paid alongside my government rent monies to Guinness!

Last year Andy Kershaw, journalist for BBC Radio Sheffield asked me on Facebook about going on the radio to talk about this Great Story!
This is Not a great story........... It's a Pure Tragedy!