I was out and about during the day and thought of spreading the word about the project of creating the newly named Inspire Community Garden within the community police forces.
I knocked at the door and Constable Wilson answered and straight away I started to talk about the project that has begun to create a community garden.
I then started to talk about looking for volunteers and mentioned if anyone would like to visit us on the plot or support us with this. I was then so happy when told that he may ask if any of the cadets would like to help us with this......I was totally gobsmacked! (many thanks) 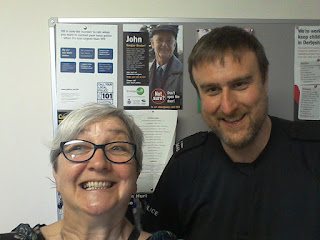 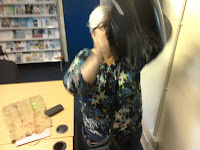 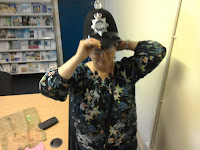 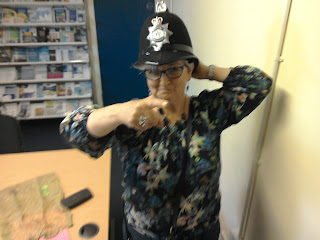 I then thought of going through the scenes from the TV dramas & entertainment saying that old fashioned police line saying "You're Nicked!" with his hat on.
I think you need a degree to wear one of these as I did struggle to have it jauntily on my head. 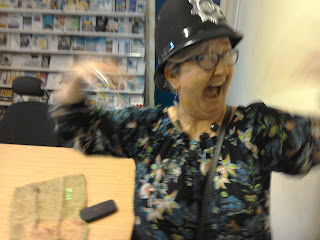 I then started to do a "TaRaaaah!"
It was just like a little piece of stage entertainment as I let my arms become very dramatical with happiness.

I take it I will definitely Not get a position here!
Note to Self-----
"I could possibly be an over-actor?" 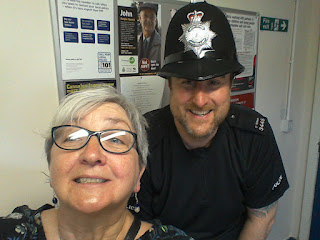 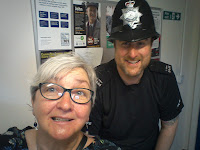 When the conversation ended I called Steve straight away to let him know about the assistance we may receive.
I'll keep my fingers crossed for that.

This was my first evening going to the garden and was so pleased to see how the Wittle or is it Wattle fencing seems to have grown. 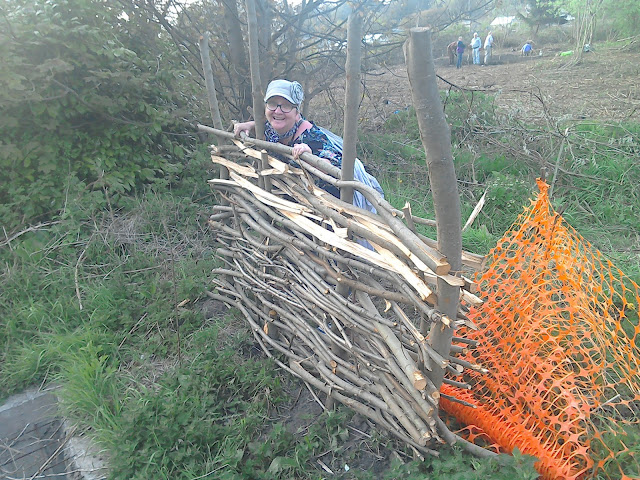 I went round to collect Chris and brought him round to the garden as many hands make lighter work. 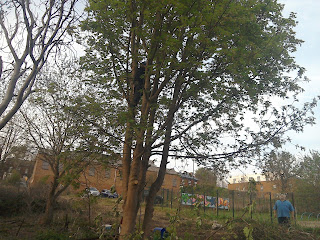 He noticed someone up in the tree and I mentioned about boys climbing up the trees and it reminded me of my younger brother Stephen who constantly climbed up the trees in Hamilton. 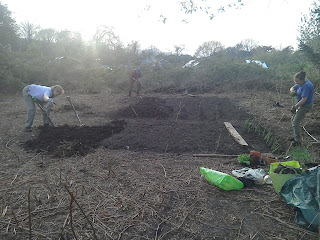 Vegetables are already in the ground.

How many hours has this group toiled on the land here and now it's starting to take shape. 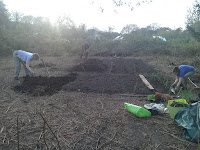 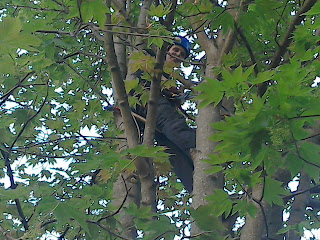 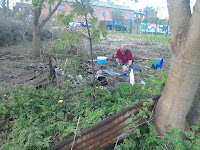 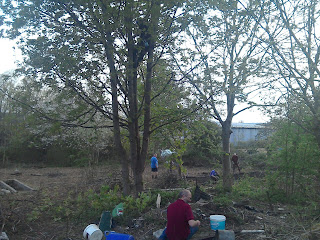 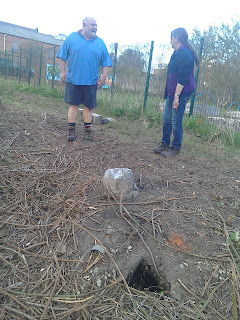 I think this is an entrance for the badgers den or is it a set? 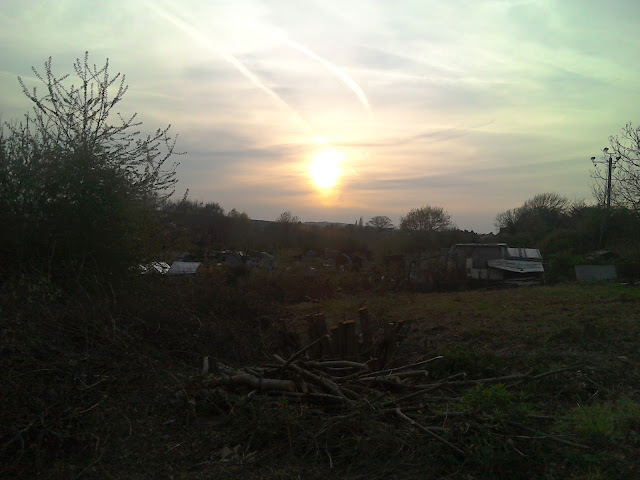 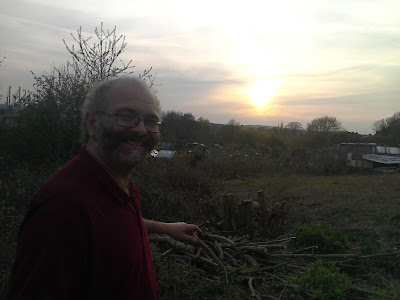 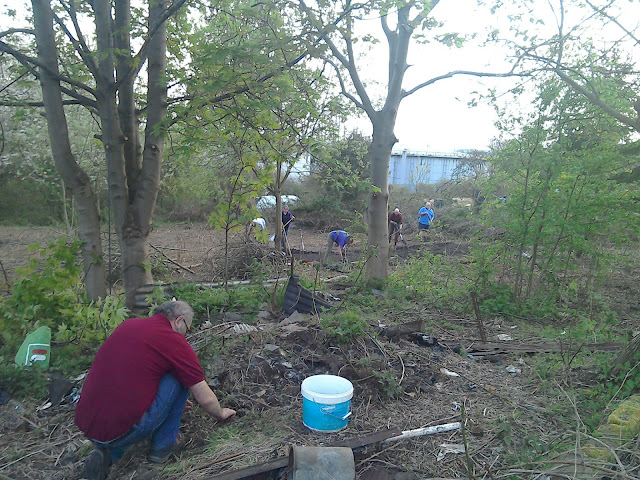 The group are putting all their energy and sweat into this project.
I seem to get exhausted just looking at them as I take the pictures for the garden journey.

Ed was still felling more of the trees and I managed to move a few of the branches.......
"Phewwww! That's me dun-in!" I say dramatically..... 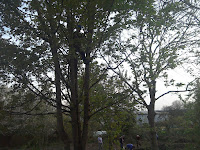 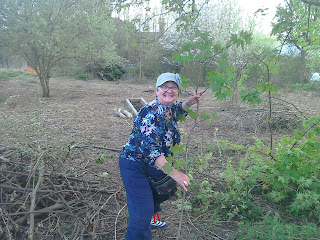 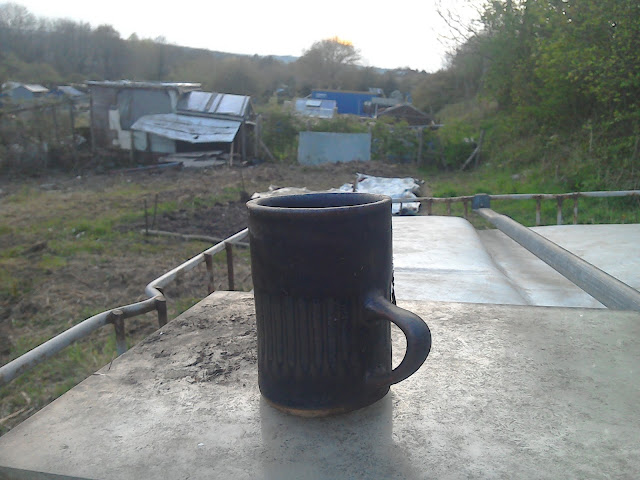 This could be our trophy to allow the group members the joy of having their tea/coffee in it if they've worked extremely well on that day. 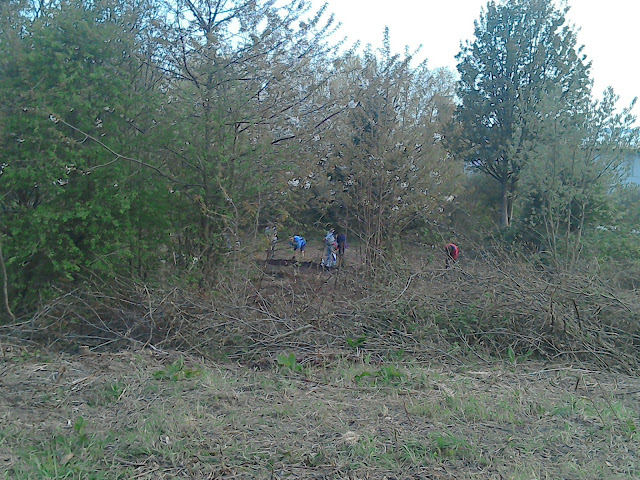 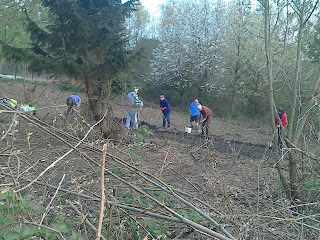 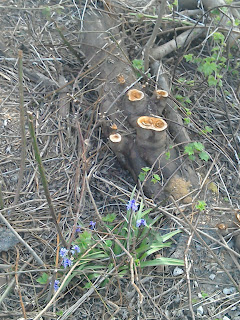 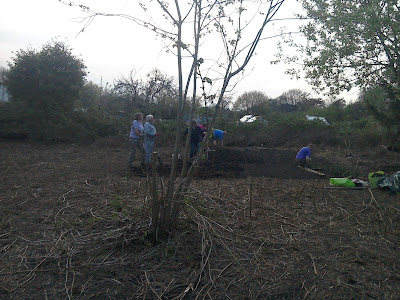 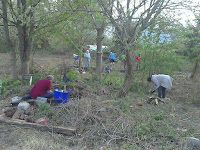 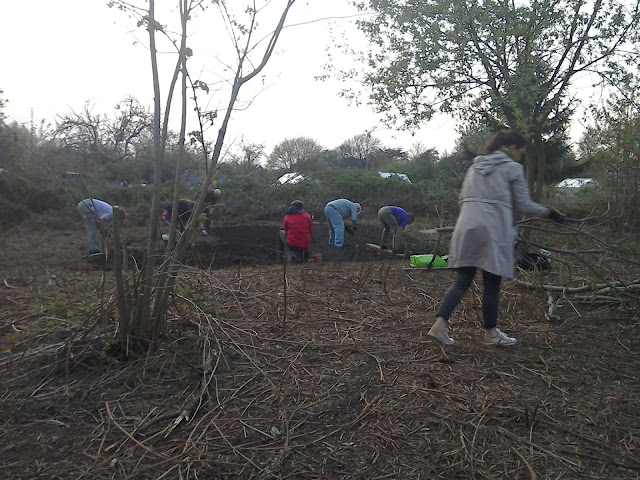 The end of the evening shift and back to Monkey Park for a chat about the next step of the garden. 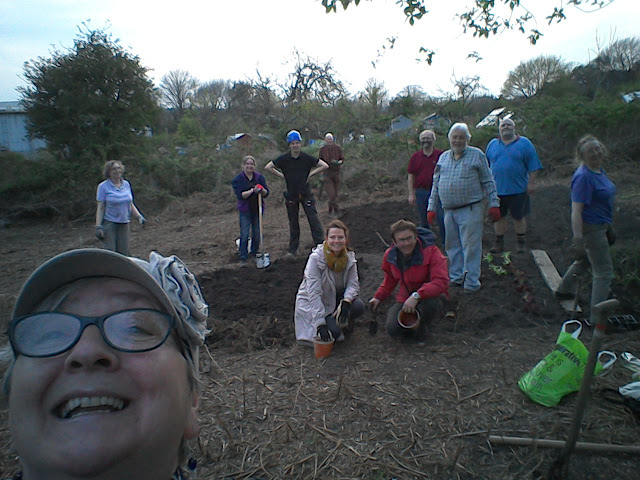 Posted by paulinesblob2.blogspot.co.uk at 12:44 PM