A special day for me!

It was another special day for me, my second
time in The Star by Ellen Beardmore, reporter.
Ellen put another story in the newspaper and
wrote about Anthony Gardiner, the Captain
for Sheffield Wednesday.
This is where our picture went. 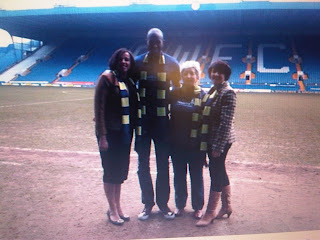 I was very impressed.
She mentioned what he was doing for me, when that came home to me; I was even more than impressed; I was truley GOBSMACKED at his action for me.
Actually " I'm Proud of him!"
I've found out that he will come to Neurocare Head Start with me.
GOBSMACKED AGAIN!!!
WOWSER!!!

When all of this sunk into me, being in the newspaper again, I started to travel up to Kay & Stan Padleys home, we were getting ready for an extravaganza night tonight in Derby.
It was a charity evening for Stan's Voice.
The Derby Gaol, (The Derby Jail)
Do you know that it is owned by Richard Felix, the TV scarey stories presenter, Ahhhhhhhhh!!!

Is there life after death???
Do we live after death???
Hmmmmmmm!
I'm sitting here tapping my chin with my finger; have we left this world and moved onto another world???
Do you believe in the scarey stories???
It makes you think!!!

Everything in the world seems twisted like life!
OUR TWISTED LIFE!
At the blink of an eye, Stan & I's life had become twisted.
I'm LUCKY! I'm here in this world now!

I was living in LooLoo Land!

I  was telling a story to the grave.
As I struggled to stand on my two feet.
Eventually, I got some help and arose to my feet. 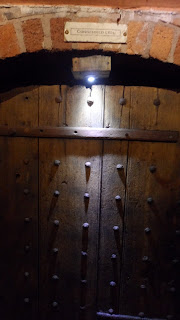 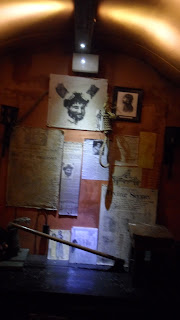 Why does the camera go all fuzzy every now and then, is there another spirit in the Gaol in Derby!!!

Something is here! This was spooky!
Some people were saying; "Why did you pinch ME!"
Then; "What was that!" "Could you feel that! Brrrrrr! Cold now!"
Now this is very magical, I think there may be another place, another world!!!
There is a museum there to let you know how the world worked then, very interesting, "Wooooooooohooooo! What's that noise!" 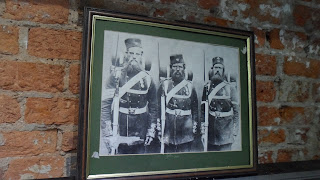 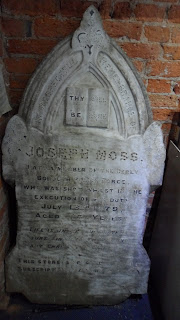 One minute the head was shaking, then it was still!
Weird!!!
I'm the one taking the pictures, I don't drink, I don't have hallucinations!
Something is present here, this was a weird experience


Posted by paulinesblob2.blogspot.co.uk at 1:46 AM