There was a lot more clearing to be done at the designated area for the Den Building that will be available to do on the Open Day, here's hoping there will be great imagination to create some den's. 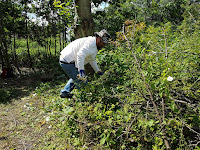 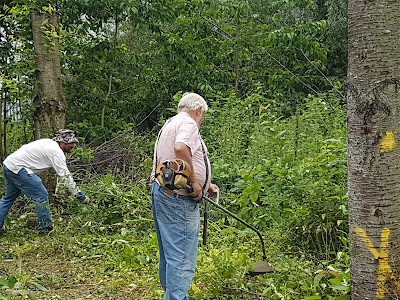 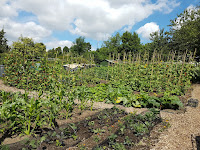 Nettles were pulled out and cut down into a large container which would be the start of making Nettle Soup; a fertilizer for the garden.


Below is words from the Internet page named: Gardeners' World

Nettles have a bad reputation among gardeners. Although they sting and are invasive if left unchecked, there are numerous ways they can be put to positive use in both your garden and kitchen.

Nettles are a magnet for beneficial wildlife, they can be made into great plant food and are a surprisingly versatile ingredient in the kitchen.

The nettle we're used to in the UK is Urtica dioica, a perennial plant full of iron, calcium, magnesium and nitrogen, which makes it incredibly nutritious for both other plants and humans. 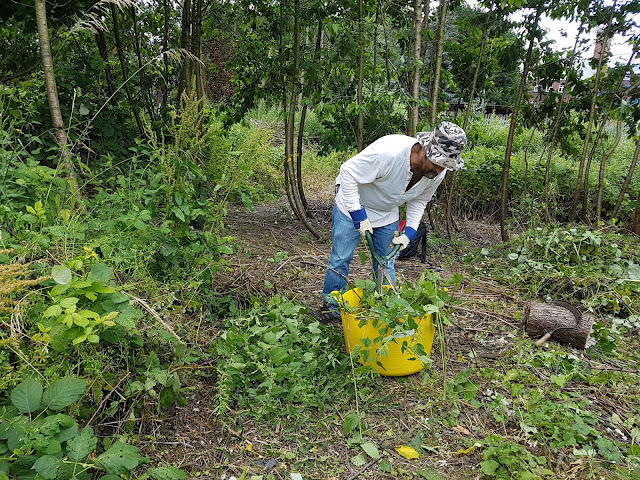 
Sunflowers are coming into bloom. 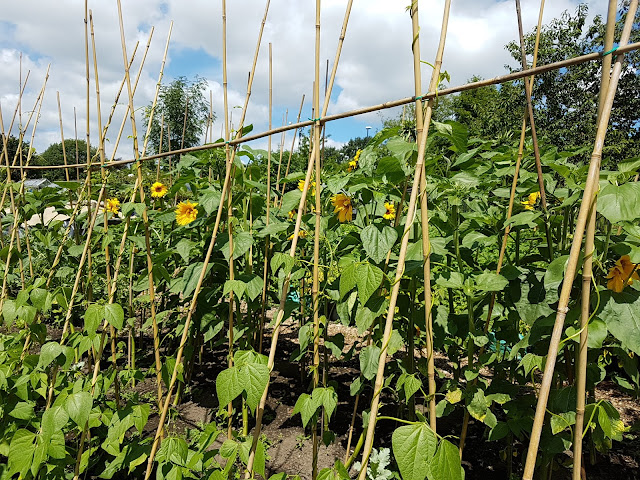 Courgettes are starting to take shape. 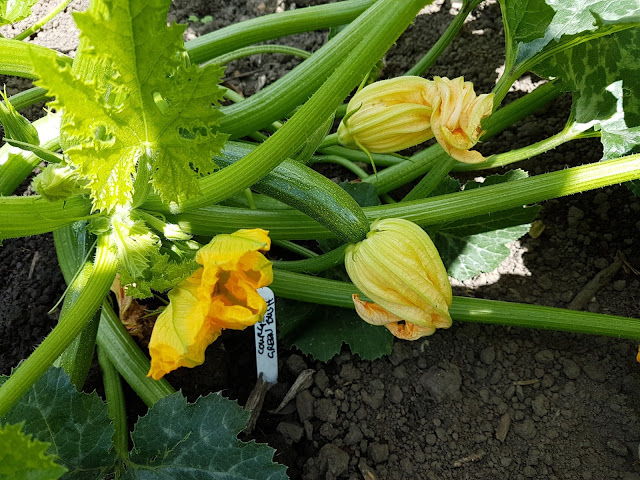 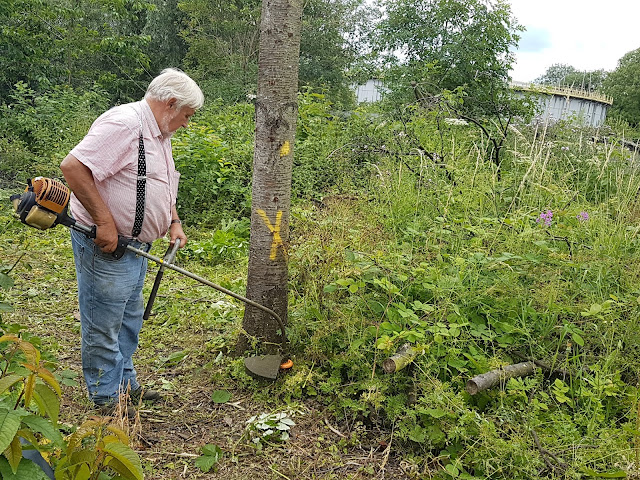 Two new rows of beetroot where sown into the ground. 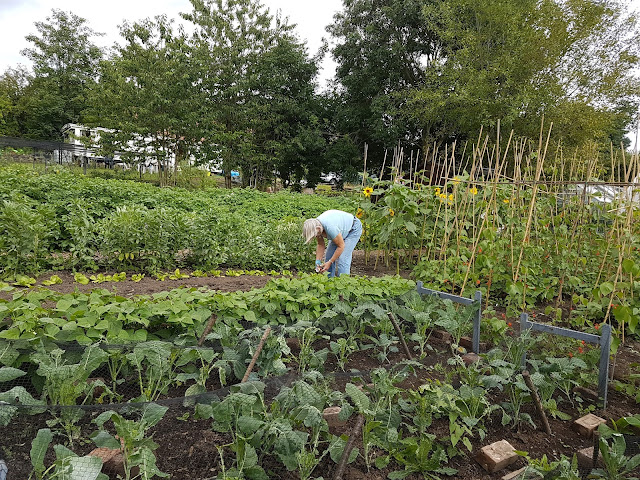 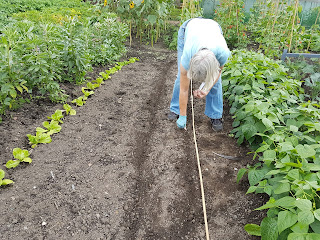 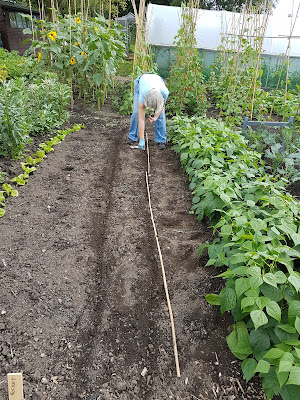 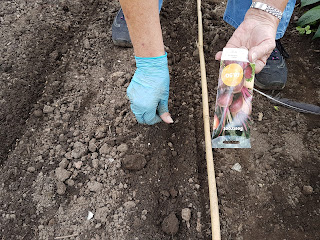 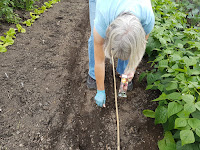 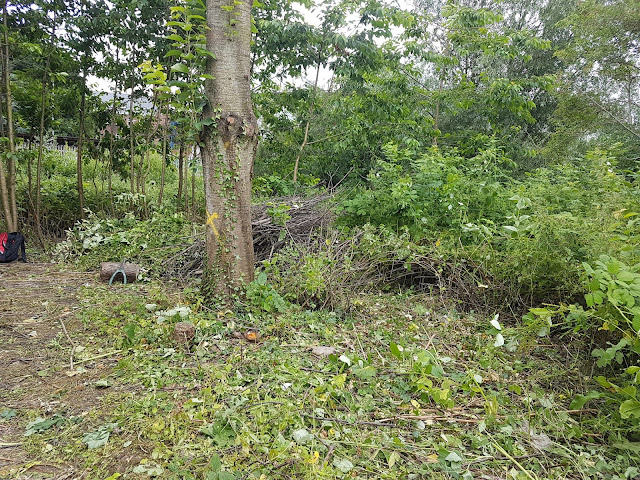 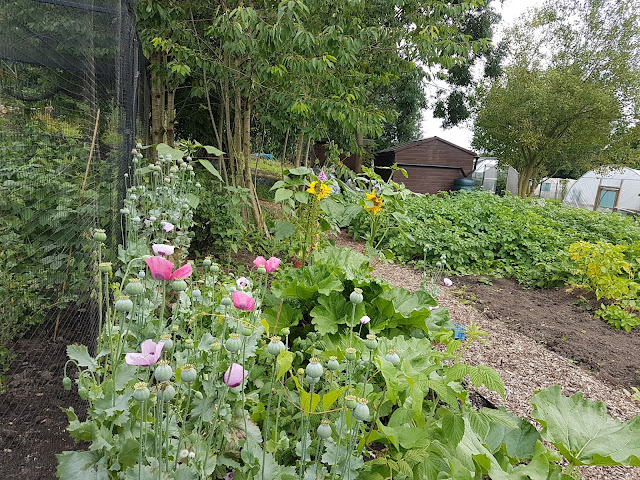 The colour of the wild teasel reminds me of looking at a Scottish Thistle while sitting down with a cuppa tea as I dunk some shortbread into the tea. 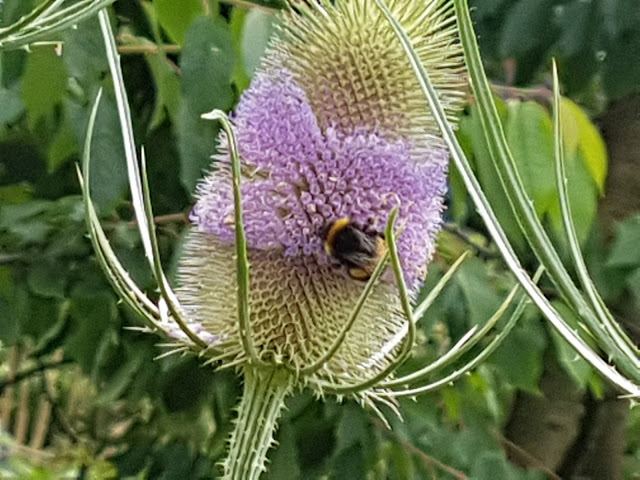 Posted by paulinesblob2.blogspot.co.uk at 3:44 AM